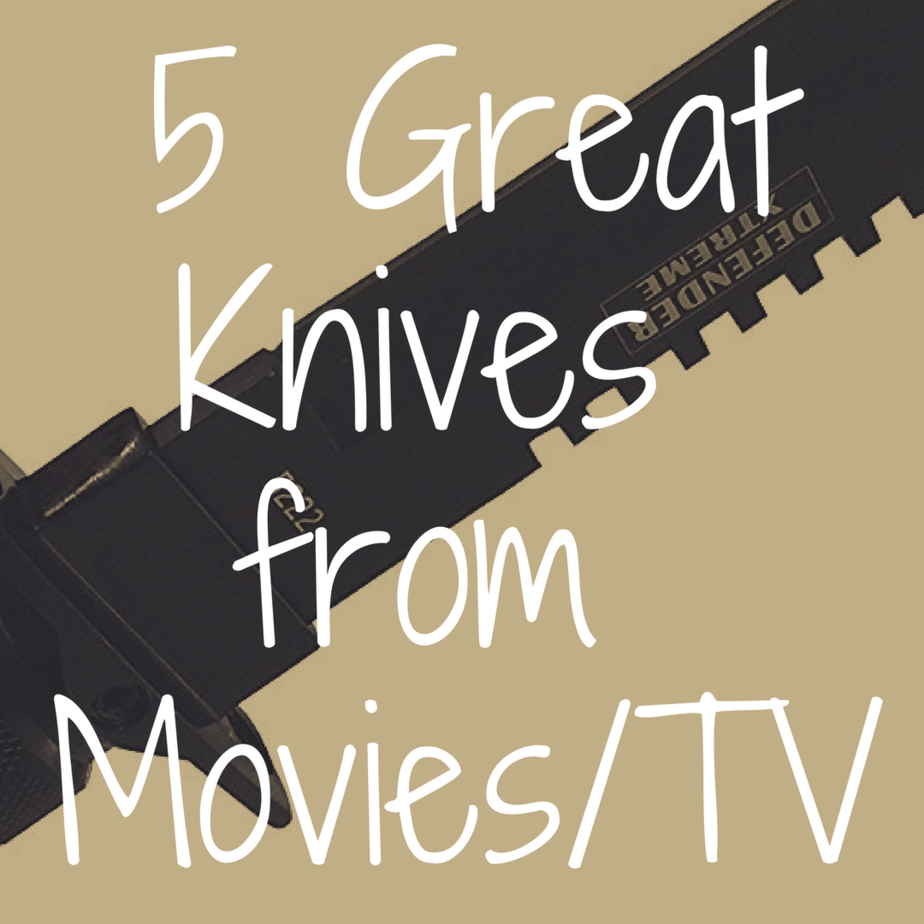 As much as we like to believe we buy knives just for utility purposes, this simply isn’t the case.  We’re knife collectors as much as knife users, and sometimes we buy blades because, well, we just think they’re neat.

Sure, we may plan to use them, maybe even carry them around everyday, but just as often knives find their way into our collections because we just want them.

While “coolness” a hard thing to quantify, I think we can agree that there’s something special about knives that are carried by our favorite TV and movie characters.  There are a surprising amount of knives in television: characters use folding knives, fixed blades, balisongs, boot knives, even kitchen knives find their way into the hands of heroes and villains on TV and film.  Whether it’s for survival, defending innocents, or more nefarious goals, we get to see awesome blades in action on screen all the time.

Especially in memorable scenes.  Who could forget, for example the amazing scene in which the Joker crashes a dinner party thrown by Bruce Wayne in The Dark Knight and ends up holding a knife to Rachel’s face:

I think that’s the appeal, right there: most of the time when we use a knife, it’s for very pedestrian things: opening letters, breaking down boxes, peeling an apple.  In movies and TV, however, we get to see knives being pushed to their limits, used by professionals who rely on them in ways we never will have to–for good or bad.

It’s only natural, after seeing them in action, that we’d want them for ourselves.  And it may surprise you that most of the knives we see on TV are actually obtainable.

And now, please take a quick moment to view our interactive table below to see how some of the best knives on today’s market compare to some of the great blades we’ll discuss throughout today’s article!

Ranking the Best Knives from TV and Movies

I’ve picked out five famous knives from TV and film that are deeply memorable and have become not only the apple of our collective eyes, but ingrained in pop culture history.   Om this article, we’ll talk about what character used each blade, what kind of knife it is, and where to find it.

John Rambo, as portrayed by Sylvester Stallone, is one of the iconic action heroes of the ‘80s, a decade known for its contribution to that particular genre.  Over the course of his career, John Rambo has used a lot of iconic weaponry, but it’s the knife from First Blood that lingers in the memory for collectors and enthusiasts.

The Rambo knife was designed by custom knifemaker Jimmy Lile specifically for the movie.  Lile designed a knife that would help with many different tactical and outdoor tasks, a sort of fixed-blade Swiss army knife designed for survival in the wilderness.  The handle of the knife is hollow so that it can hold survival gear like fishing hooks and matches.  The pommel has a compass built into it, and the cross guard has a Phillips and a flat head driver on either end.  The steel choice on the original knife was D2, a semi-stainless tool steel that still sees a lot of use today.

As an actual tool, the Rambo knife is a classic.  Instead of making something that simply looked cool, the filmmakers found an actual knifemaker and had him design something that suited the character’s purposes.  The result is one of the most iconic survival knives of all time.  If you asked somebody who wasn’t familiar with knives to draw a survival knife, they would probably hand you something like the Rambo knife.

There were just under 1000 Rambo knives made by Lile:

If you want a genuine Rambo knife, you’re going to have to be prepared to spend quite a bit of money.  Replicas are available, but they aren’t customs (obviously), nor are they made to the standards of the originals.  Your best bet would be to buy an actual survival knife.

The Rambo knife was so influential to survival knife design that you’d be hard pressed to find one that isn’t at least slightly reminiscent of it.  The Bark River Bravo, for instance, is a knife that would serve a modern day Rambo well.

Another Stallone movie makes the list, but this time the character is Mickey Rourke’s Tool, one of the mercenaries in the eponymous Expendables outfit (mercenaries have great taste in knives).

In a scene that probably helped Cold Steel move 1,000 blades, Tool wins a knife throwing contest with a Large Espada that he keeps in his boot.  Seeing a character use this huge knife (with a 5.5” blade!) as a throwing tool is just the kind of corny cool stuff that defines the best action movies.

The Large Espada was already famous amongst knife knuts for its flamboyant, aggressive design and size.  The polished blade features machined G-10 handle scales, and in addition to the outrageous size, the Large Espada is hard to forget after you see it.  It’s far too large for most of us to carry on a day to day basis, but for somebody in Tool’s line of work, it makes sense: you want a combat ready blade you can conceal on your person.

And if you decide you want a combat ready blade you can conceal on your person too, the good news is that the Large Espada is readily available.  There is the standard model with the polished bolsters, and a more utilitarian-looking model with all G-10 handles scales.  The standard steel is AUS-8A, but some of the newer models will feature a higher-end CTS-XHP steel.  And if you’re looking for the biggest of the big, the Large Espada has a bigger brother too, the Espada XL, with a 7.5” blade!

Just don’t try throwing either one.

We’ve looked at a couple of knives in the hands of good guys in film.  Now, let’s look at the other side of the coin and examine a knife used by a villain.  And has there been a more iconic on-screen villain than Dr. Hannibal Lecter?

Sir Anthony Hopkins’s portrayal of the gentleman cannibal captured moviegoers’ imaginations first in 1991’s Silence of the Lambs, and subsequently in Hannibal (2001).  Readers of the book and observant viewers of the film will notice that the good doctor seems to be a Spyderco man.  He uses the Spyderco Harpy in a scene in Italy that shows just how vicious he can be.

The Harpy was originally designed as a seaman’s knife.  In such a role, the karambit style blade, particularly in the serrated version, would be able to work with rope without getting caught up in it.  The very acute tip on the Harpy makes detail work a breeze, and the serrations chew through cardboard and other thick material.  It may not have been the purpose Dr. Lecter had in mind when he purchased his, but the Harpy is a very good (if highly unconventional) EDC blade.

The Harpy has been in the Spyderco lineup for a very long time, and is still readily available.  It hasn’t really changed much in the years since its release: it’s still made entirely of stainless steel, and still has VG-10 blade steel.  Dr. Lecter’s model appeared to be a black G-10 model, without serrations.  If you want something a little more lightweight, the Tasman has FRN scales and rustproof H1 steel.  If you want something bigger, the aforementioned Civilian might be just the ticket.


Is there a more quintessential crooked cop movie than Training Day?  Denzel Washington’s Alonzo Harris is a thoroughly corrupt detective, a criminal with a badge.  But, as with Hannibal Lecter, his charisma and charm go a long way to making him a likeable character.

You admire his style, if not his methods, and that admiration carries over into the gear he uses, among which is a very appropriate knife: the Spyderco Police, a classic amongst law enforcement knives.

The Police comes in a few different flavors these days, but Alonzo’s model is the original: all stainless steel, with a fully serrated 4” blade.  With a blade that big, you’d expect the knife to be geared towards hard use or self-defense, and you’d be correct: with all that reach, and those fabric-tearing serrations, the Police is an excellent self-defense tool.

You can get the Police in either a plain edge or a serrated stainless steel model (either retails for about $110), or a newer G-10 handled version with a plain edge, flat ground blade (retailing for about $150).

In a show full of hard characters, Daryl Dixon manages to stand apart.  There’s something about zombie apocalypses that brings out the survivalist in most people, but you get the impression that Dixon was born one.

His taciturn, mysterious nature and pragmatic, brutal approach to problem-solving have made him one of the most popular characters on the show.  It’s only natural that his fans would want to know what kind of gear he carries.  As it turns out, not only is Daryl Dixon a pro level survivalist, but he also has excellent taste in knives.

His fixed blade of choice is the Busse Team Gemini LB.  Busse is a small scale semi-custom knife company, most famous for their Battle Mistress model.  The Team Gemini is much smaller than that brutal chopper, but it’s a top-tier survival knife.  The blade length, at 7.75”, is long enough to do a large variety of camping and hunting tasks, as well as fend off attacks from walkers or other varieties of danger.

The steel, Busse’s proprietary INFI, is made for extreme toughness, meaning that the Team Gemini can withstand a lot of abuse without chipping or breaking: a reliable tool indeed.

It is also, unfortunately, one that you can’t find these days.  The popularity of Busse in general, and the explosion of sales The Walking Dead, probably tapped Busse out on the pattern.

If you want something that would perform similarly, your best bet is to check out one of the other Busse designs, which also go in and out of production; the definitive Busse is the aforementioned Battle Mistress.

Outside of the family stable, there are a lot of knives with similar feel in hand, but the Ka-Bar Becker BK9 echoes the lines, ergonomics, and durability of the Team Gemini; it is also less expensive at $100.

Every knife on this list is a cool knife, made even cooler because it was used by a famous character on TV or in film.   But the truth is, even if they weren’t in the hands of Daryl Dixon or John Rambo, they would still be cool, because of their superlative functionality.

Any knife user or collector would be proud to have them in his or her collection—and their on-screen history just makes them even more special. 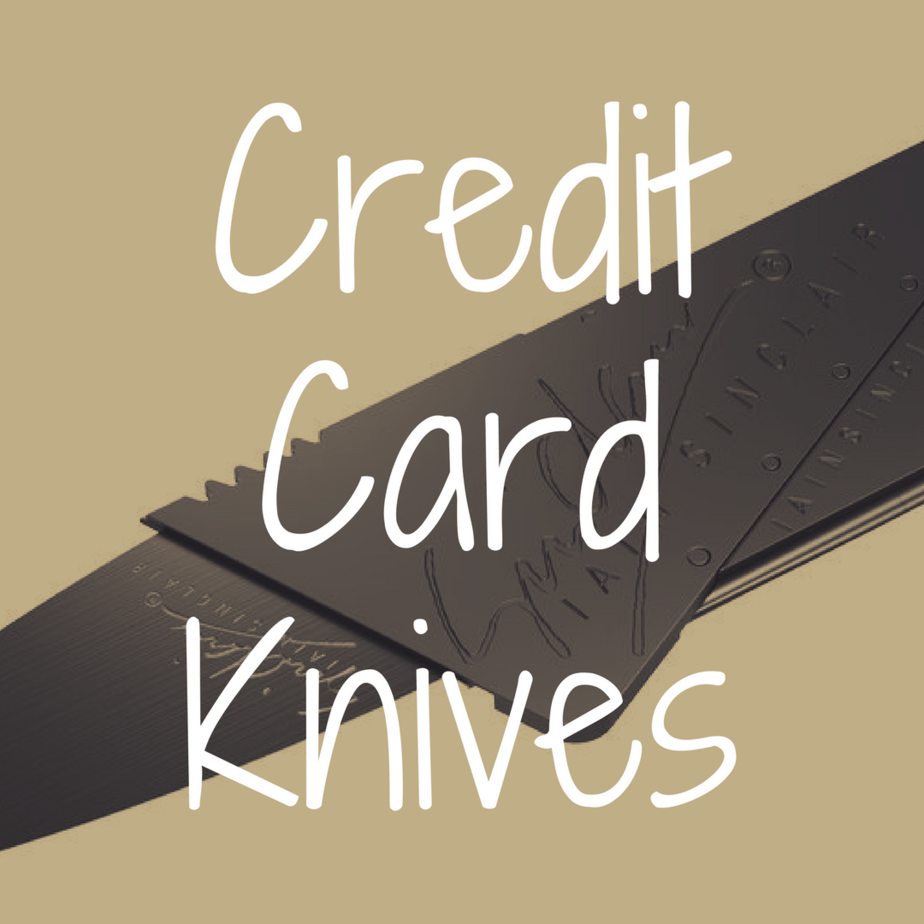 How to Choose the Best Credit Card Knife? 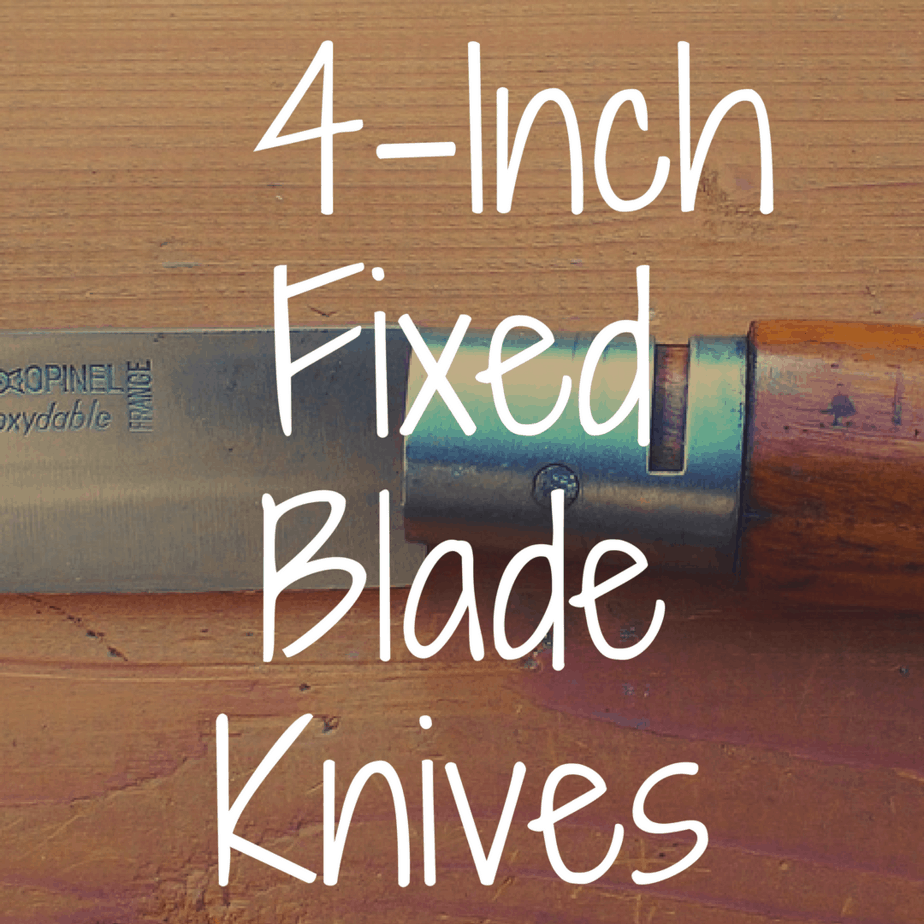 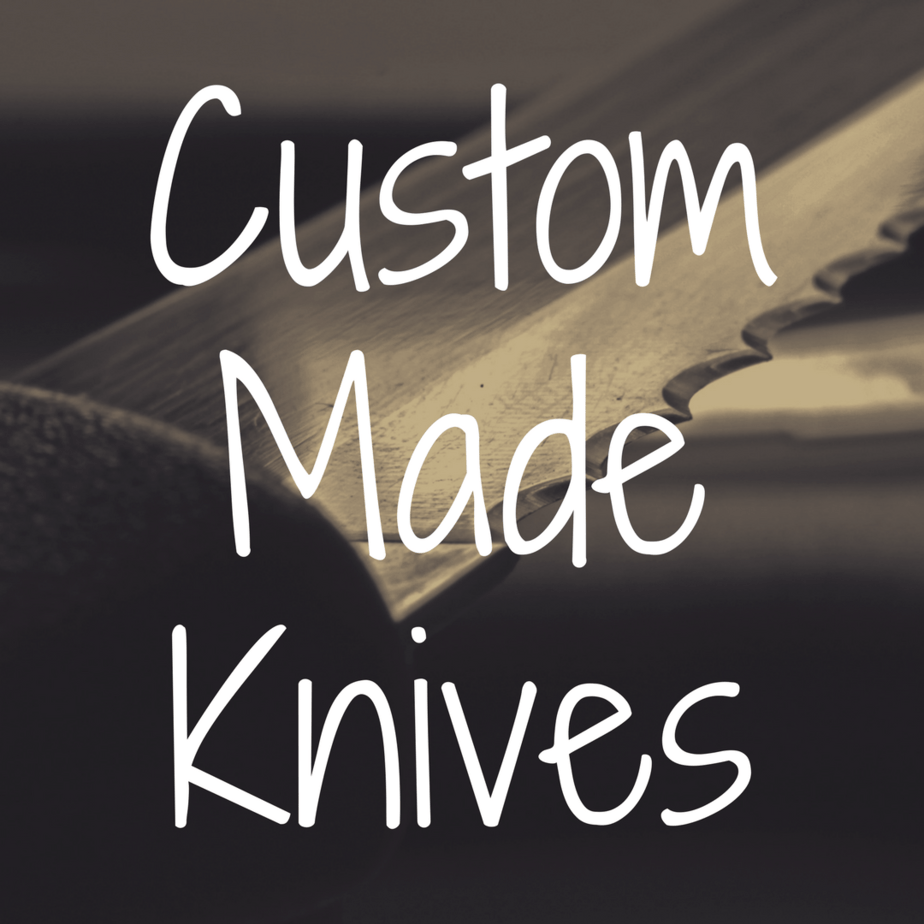 How to Find the Best Custom Made Knives? 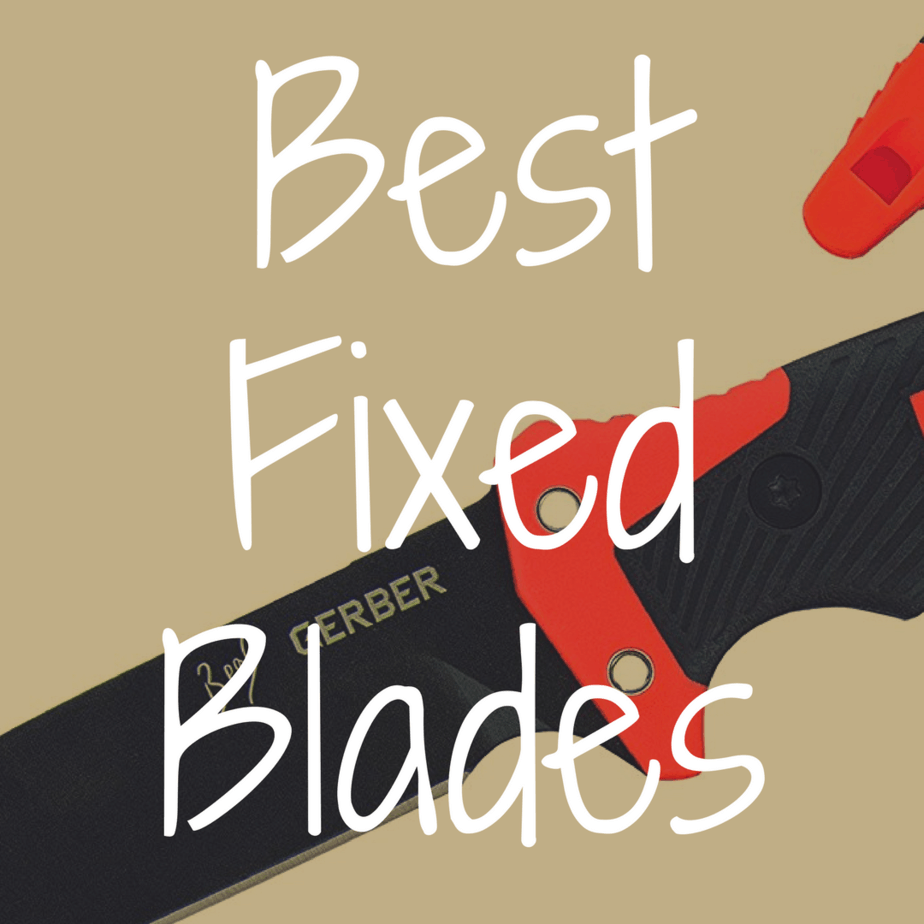