Cold Steel has a bit of a reputation in the knife community.  They are outspoken in the pride they take in their products, a pride that sometimes comes across as arrogance.  Their Absolute Proof videos feature some ridiculous (and, it should be said, ridiculously entertaining) abuse tests, including stabbing their blades through car doors, horse skulls, and barrels full of Gatorade.

In short, Cold Steel projects an image of bravado and hyper-toughness that often comes across as abrasive to some.

But they also, without a doubt, put out durable, affordable, useful, high quality pocket knives.  Although they had a somewhat deserved reputation for catering to mall ninjas during the 90s and early aughts, Cold Steel has been working hard to establish a new image, if not for their company, than at least for their products.

This new image would be based on reliable, high-performance, utility-focused designs, and entailed a slew of new designs, as well as new iterations of old classics.

One such classic was the Recon 1.  Longtime member of the Cold Steel stable, the Recon 1, in its newest iteration, embodies much of the very best that the new Cold Steel has to offer.  It is a strong, useful, high-performance blade.  I don’t think that I can call it my favorite in the current lineup (which I’ll discuss below), but it is still a great knife.

Below, please use our interactive table to see how well the Cold Steel Recon 1 compares to other great knives available on the market today.

The Recon 1 has been a part of Cold Steel’s lineup for a long time.  The first models were made in Japan.  The handle was simple, there was a thumb disk for deployment instead of a thumb stud, and the lock was the proprietary ULTRA-lock, based off the Benchmade Axis Lock; here are some excellent shots of this elusive original from knife tester and aficionado Bill Ankerson.

The second version came out in the early 2000s, was made in Taiwan, featured G-10 handle scales and liners, and slightly modified handle and blade shapes.  In 2010 the current Recon 1 line was released.

The full lineup is as follows:

The original Recon  1 had a simple, slab-shaped handle, which was fairly neutral and allowed for a wide variety of grips.  The current Recon 1, unfortunately, has pronounced finger grooves.  Whenever you add finger grooves onto a handle, even when they work – as they generally do on the Recon 1 – you’re making the handle less neutral, which means you’re limiting the ways in which it can be used comfortably.

The pivot area is also too bulky; there’s basically an inch or more material between your index finger and the beginning of the blade edge.  This isn’t a big deal when you’re using the Recon 1 on macro-cutting tasks like breaking down a box, but delicate tasks are going to be a pain.

Originally I thought that this bulkiness was necessary to accommodate the Tri-Ad Lock stop pin, but the Code 4, a similarly-sized knife from Cold Steel, puts your finger much closer to the start of the blade, proving that it can be done.  The American Lawman goes a step further, giving you a forward half-and-half finger choil similar to that of the Spyderco Paramilitary 2, giving you both a big blade and a lot of control over it.

The third strike on the handle is the G-10.  As it is on all Cold Steel knives, the G-10 is way too aggressive.  For a counterpoint: the Paramilitary 2’s G-10 is just right: adequately grippy, but not so sharp as to shred your pants every time you take it out of your pocket.  The Code 4 is made of aluminum, which is also preferred.  In fact, anything is preferred to Cold Steel’s G-10; I know it has its fans, but I am not one of them.

Even in an emergency self-defense situation, I think that milder G-10 would work just as well, and, in fact, Cold Steel’s super sharp stuff actually make the knife harder to retrieve — a problem in such a scenario.

Cold Steel tends to offer its most popular knives with several different blade shapes, and that’s the case here: you can get the Recon 1 with a clip point, a spear point, or a tanto blade.  I find the spear point to be the best all-around performer, but if you want something more tactical/self-defense-oriented, the tanto or the clip point might be preferable.  All three will be durable enough to withstand any amount of reasonable use.

Both the Code 4 and the Voyager, another popular Cold Steel blade, come with blade shape options.  The Kershaw Blur, another popular larger knife, can sometimes be had with a tanto blade.  I don’t like tanto blades myself, but if I had to choose between the Recon 1 tanto and the Blur tanto I’d go with the Recon 1; it’s hard to tell looking at them, but the Recon 1 has a thicker grind at the tip, reinforcing the tip durability for the piercing tasks a tanto excels at performing.

The Paramilitary 2 only comes in one blade configuration and, while I like it better than any of the three options for the Recon 1, I appreciate that opinions differ, and applaud Cold Steel for giving users options.

Currently, the Recon 1 is made from CTS-XHP, a high-end super steel not usually seen on knives under the $150 mark – and the Recon 1 is only $90.  It is a wonderful steel, often likened to a stainless version of the always-popular D2 tool steel.

It gets really sharp, is very tough and stain resistant, and holds its edge for a long, long time.  The only downside is that it is somewhat hard to sharpen, but you aren’t going to be doing that very often.  I like CTS-XHP better than the Paramilitary 2 and Blur’s S30V, and much more than the AUS-8A Cold Steel used for older Recon 1s.

The Recon 1 weighs 5 oz.  It isn’t a lightweight knife, but with a 4” blade you could do worse.  You can also do better: the Cold Steel Voyager, also a large pocket knife with a 4” blade, weighs 4.65 oz.  Not a huge difference, admittedly, but the difference is there.

Additionally, the Recon 1’s small, too-tight clip, in combination with its vicious G-10, makes retrieval a chore.  Compare it to the Code 4, with its more sanely-textured aluminum scales, and you’ll see what a mistake that G-10 is.

For as hyperbolic as Cold Steel can get about the strength of their knives, their knives are incredibly tough – and that’s mostly thanks to the Tri-Ad Lock.  Invented by custom knife maker Andrew Demko, the Tri-Ad lock functions identically to a standard lockback. The difference is in a stop pin that is placed between the backspring and the blade tang.  This absorbs shock and stress that would otherwise go to the lock itself.

What this means in practical terms is that, with any Tri-Ad lock knife, you have a lock that will, in any reasonable use, likely never fail on you.  You’d likely be lucky to even induce any bladeplay with a Tri-Ad lock; it’s that strong.

Quite frankly, the only real competition for a Tri-Ad lock is another Tri-Ad lock.  The Compression Lock on the Paramilitary 2 and the liner lock on the Blur, while both more than adequate, aren’t going to hold up to the kind of abuse a Tri-Ad lock can, plain and simple.  Does that matter in everyday use?  No.  But there’s something to be said for knowing you have a truly reliable lock on your pocket knife.

I’ve been kind of hard on the Recon 1 throughout this review, but I feel like I should stress that, overall, it is a very good knife.  There aren’t any glaring issues with it: just a series of niggling complaints that make it less appealing than some knives in its size and price class.  If we’re talking about 4” blades, I prefer the lighter weight of the Voyager.  If we’re looking at hard-use Cold Steel blades, I like the Cold Steel Code 4 better.  If we’re talking in more general terms, I’d take the Spyderco Paramilitary 2 over the Recon 1 every time.

But, at $90, you get a ton of bang for your buck here.  Some people really like Cold Steel G-10, and the Tri-Ad lock and CTS-XHP steel are undeniable wins.  The Recon 1 is a good knife in a segment of the market crowded with better blades and a few genuine greats.  But I can see a user preferring this to some of the other knives I’ve talked about, and for that reason the Recon 1 deserves consideration if you’re in the market for a big, tough, hard-use blade. 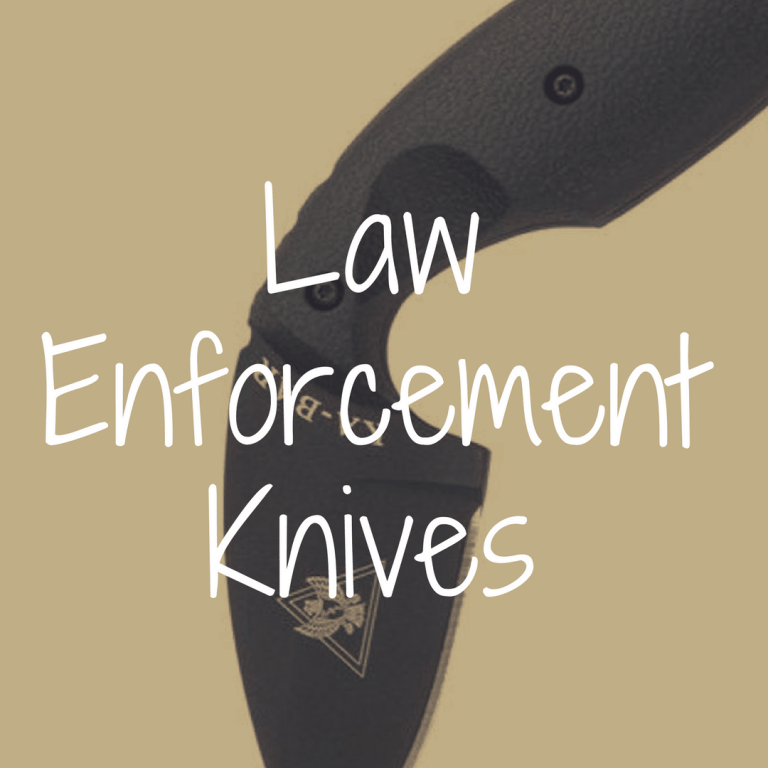 Law enforcement knives are designed to assist police, military and other protective agencies in situations where it is either unsafe to use a gun in a particular scenario, or it’s simply impractical to do so. Knives are specialized weapons and are designed first and foremost for protection of the handler by means of necessary force… 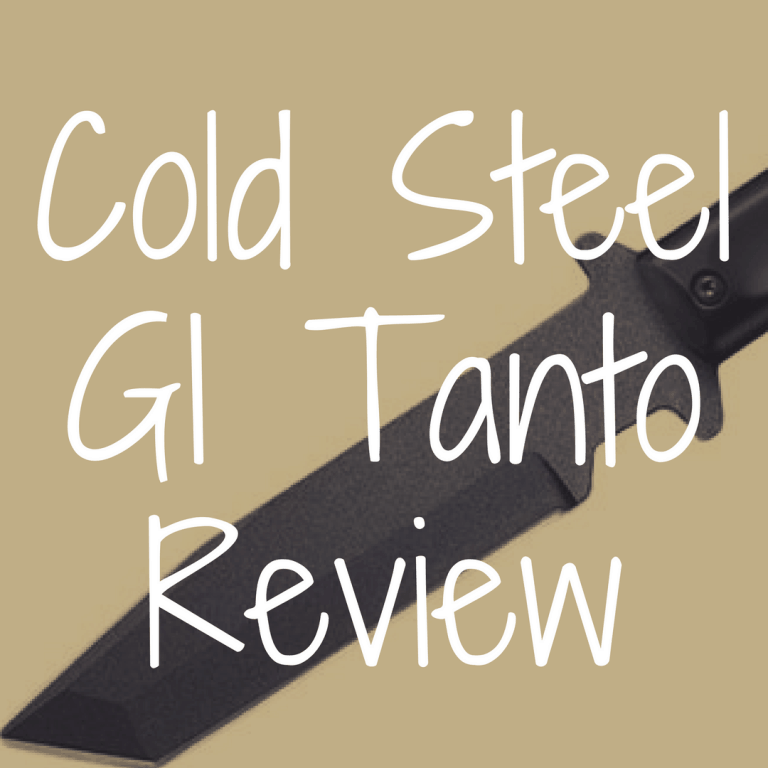 The Cold Steel GI Tanto is a large tactical knife that is designed to put up with whatever abuse you want to put it through. This knife is perfect for survivalists, campers, hunters and anyone that wants a knife with very few limitations on what it can do. In an effort to better help you… 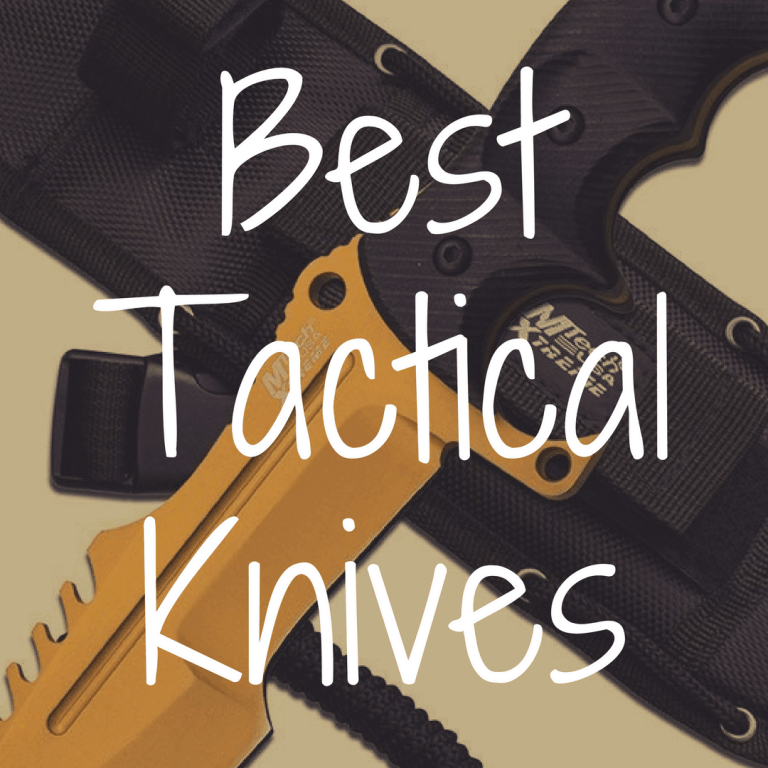 The best tactical knife is designed for versatility, a sort of utility belt for the everyday Batman on the street, to simplify your tasks, be it self-defense or gardening or opening packages. The popularity of tactical knives has increased in recent years because they manage to meet both the fantasy desires and the practical reality…