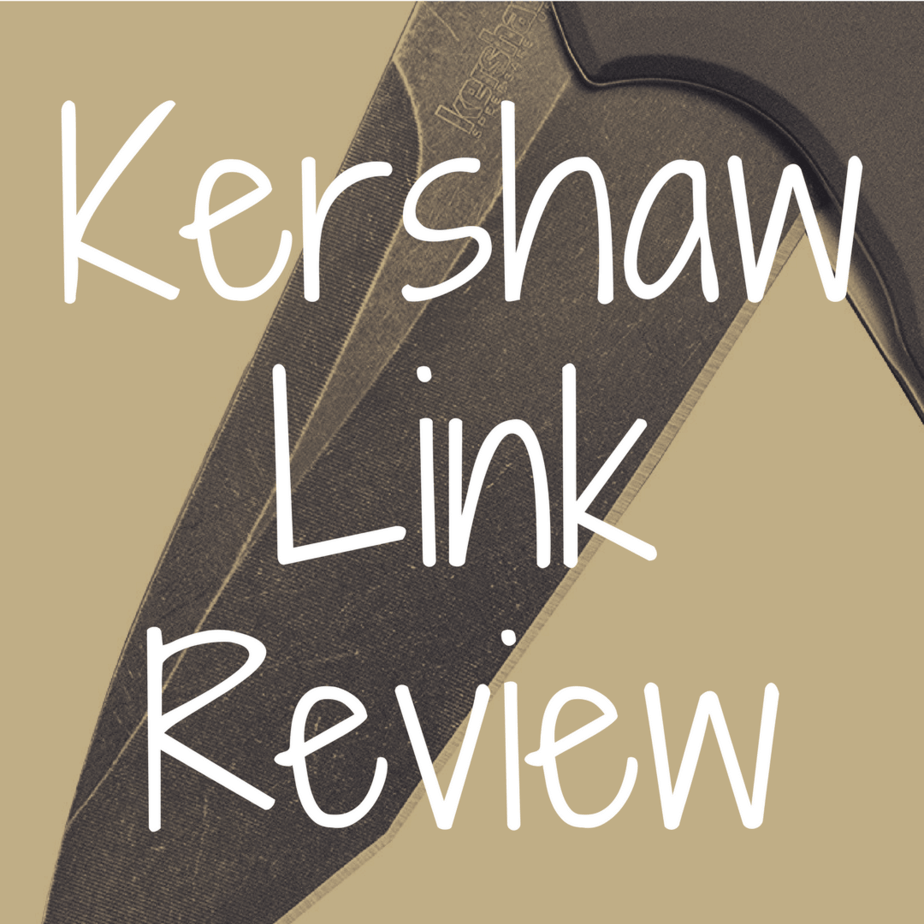 We live in a time in the knife industry where the origin of manufacture is not an indicator of quality.  Amazing knives are being made in China, Japan, Taiwan, Germany, Italy, and the USA.

But for American knife users, there’s a certain mystique associated with knives made in the United States. Unfortunately, the cost of manufacturing is such that American-made knives are often significantly more expensive than knives imported from elsewhere.

Few companies have done as much to address this issue as Kershaw.  Although the majority of their blades are still produced overseas, they also put a lot of effort into designing and producing knives in the US that are affordable.  One of their newest offerings along this line is the Link.  This is a knife in the tradition of US-made classics like the Leek or the Blur, but at an even lower price point.  And just looking at the numbers, it is clear that Kershaw has still got it: the Link retails for approximately $40.

The question isn’t really one of affordability, though.  Can the Link hold its own in the very competitive budget knife market?  Can it compare to stablemates like the Leek and Blur, or the newer but very excellent Knockout?  The novelty of being an affordable, US-made knife can only get you so far, after all.

Let’s take a closer look and see if the Link has what it takes to compete against the stiff competition that Kershaw has generated for itself.

Below, please use our interactive table to compare the Kershaw Link to other great knives currently available on the market:

As a new design, the history of the Link is less one of proven utility, like the Leek has, than one of lineage.  The American-made Speedsafe assisted opening knives from Kershaw like the Leek, Blur, and Knockout are its closest relatives.  In fact, the blade shape is very near to that of the Knockout: the sweeping belly and acute, narrow tip are something that Kershaw seems to be iterating on lately.

Interestingly enough, Zero Tolerance, a knifemaker owned by Kershaw’s parent company KAI, recently released a knife, called the ZT0095, that is very much a higher end riff on the Link.

The Link comes in a few flavors:

This is a review of the drop point, GFN-scaled model of the Link—in my opinion the best option because it is the lightest, with the most generally useful blade shape.  Most of what can be said about one model of the Link applies in a broad sense to all the others, but when differences arise they will be discussed.

Kershaw knows how to make a good handle.  For a company with an output as vast as theirs, it’s actually incredible how few times they’ve borked up this most essential aspect of a knife.  Rare is the Kershaw knife with finger grooves or other fauxgernomic nonsense.  The Link doesn’t buck this trend.  Its handle isn’t as sinuous or shapely as the Blur or the Leek’s, but it works well.  It’s a similar design to the handle of the Knockout, but much more hand-filling due to the thick GFN scales.

In the everyday cutting chores that our knives are most often called upon to perform, the Link’s ergonomics do not disappoint.  No hotspots will develop during hard cutting, and the angled hump gives you a decent approach on foodstuff or other things you want to slice or chop.  This is all true for the aluminum model as well, but the GFN wins out for two reasons: it is grippier, and warm to the touch.

In fact there’s very little to complain about in this important category other than that bulk.  I don’t mind it in the hand, but when you consider that the Kershaw Skyline, a knife also made in the USA, also around the same price, has an equally comfortable handle that occupies much less space, it becomes clear that the Link’s handles could have been refined a little bit more.

Kershaw calls the blade on the Link a drop point, but it reads to me more like a modified sheepsfoot.  Whatever you want to call it, it works well.  There is a ton of belly here, more than on the Kershaw Leek, making certain types of cutting tasks much easier.  This is such a belly-oriented cutter that I could never recommend the serrated Links—it messes up the lines and the cutting rhythm too much.

Whereas the Leek’s nearly completely flat edge makes cardboard cutting a chore, approaching cardboard with the Link’s belly, you can really get aggressive and move through it quickly.

The Blur is similarly aggressive, but the Link manages to cut just as well without the problems that the Kershaw Blur’s recurve causes during resharpening.  And if you like using pocket knives for kitchen tasks, you’ll find the Link to be excellent for that as well.

The tip is very acute, and very adept at delicate work, although the tip itself is a bit delicate ironically.  The Leek has this problem too, as does the Kershaw Knockout.  In general, I’m of the belief that you shouldn’t ever have to worry about busting a blade if you’re doing anything that it was designed to do, and while the Link’s tip isn’t as delicate as the Leek’s, I do worry that I’ll bust it off someday.

The Kershaw Skyline achieves a nice balance of delicacy and durability, and I’d like to see that carried over to this knife.

If you’re worried about it, the tanto-ground Link may have a slightly stronger tip, but it performs just about every cutting chore worse than the drop point version.  Unless you have a thing for the way it looks, I’d avoid it.

The Link’s blade is made from 420HC steel.  On its own, there’s nothing wrong with 420HC.  It is reminiscent of 8Cr13MoV, albeit able to hold an edge a little longer in my experience.  But it just doesn’t really move the needle, particularly compared to the 14C28N of the Knockout, Skyline, Blur, and Leek.

That is a steel that performs at a higher level.  In Bill Ankerson’s rope cutting tests, it places around 154CM—a solid, mid-tier steel.  My guess would be that 420HC was chosen because it’s an American-made steel, and the Link is themed to represent American manufacturing (it’s model number is 1776!).  As charming an idea as this is, I would take the Swedish 14C28N everyday in terms of performance.

The Link is sporting a clip that is currently seeing a lot of action in the Kershaw/ZT lines.  It’s large, although not as large as the washboard monstrosity on the Leek or Blur, and fairly thin and durable.

This clip gets a lot of hate in the knife community, and I’m not sure why.  It’s functional, doesn’t look goofy, and is tough enough to withstand the standard bumps and scrapes we subject our knives to accidentally.  I don’t like it as much as the deep-carry clip on the Knockout, nor as much as the stubby clip on the Skyline, but taken on its own I have no reason to complain about it.

What I will complain about is the weight on the Link.  For a knife made of GFN (a plastic), it is really heavy, tipping the scales at 4.2 oz.  It’s just too heavy for the kind of knife it is: a mid-sized, everyday carry knife.  It won’t drag you down carrying it, but the weight in combination with the overall chunkiness of the knife makes it less than ideal.

The Leek, Blur, Skyline, and Knockout all weigh less, and carry significantly better.  Although I always prefer plastic to aluminum for handle scales, the weight is the nail in the coffin for the metal version of the Link—t adds another half ounce to the overall weight, putting it firmly in the “Too Heavy” category for me to want to carry.

Ah, the liner lock.  Perennially underrated, sadly out of fashion in the framelock phase the knife industry is going through.

Liner locks, done correctly, are just as strong and reliable as framelocks in all but the most extreme situations, and they are worlds easier to maintain.  Whereas a framelock, even a good framelock like that on the Knockout, will need constant maintenance of the pivot to remain effective, a liner lock stays stable independent of minute changes in pivot tension.

There’s no doubt in my mind that the Link is a very good knife.  Kershaw has been in the budget blade biz for too long to make a bad one, and they played it pretty safe with the Link.  The only risk they took was making it so close to the price of the Leek, Blur, Skyline, and Knockout: these are four awesome blades, and it would take something quite special to appeal to me more than those four classics.

I don’t think the Link is that special.  The Kershaw Skyline, in particular, is very close to the same price, and a much better knife: it has a similar blade length, but weighs two ounces lighter.  But if you happen to like assisted opening knives, or like the US pocket knife mythos of the Kershaw Link, then you won’t be disappointed picking one up. 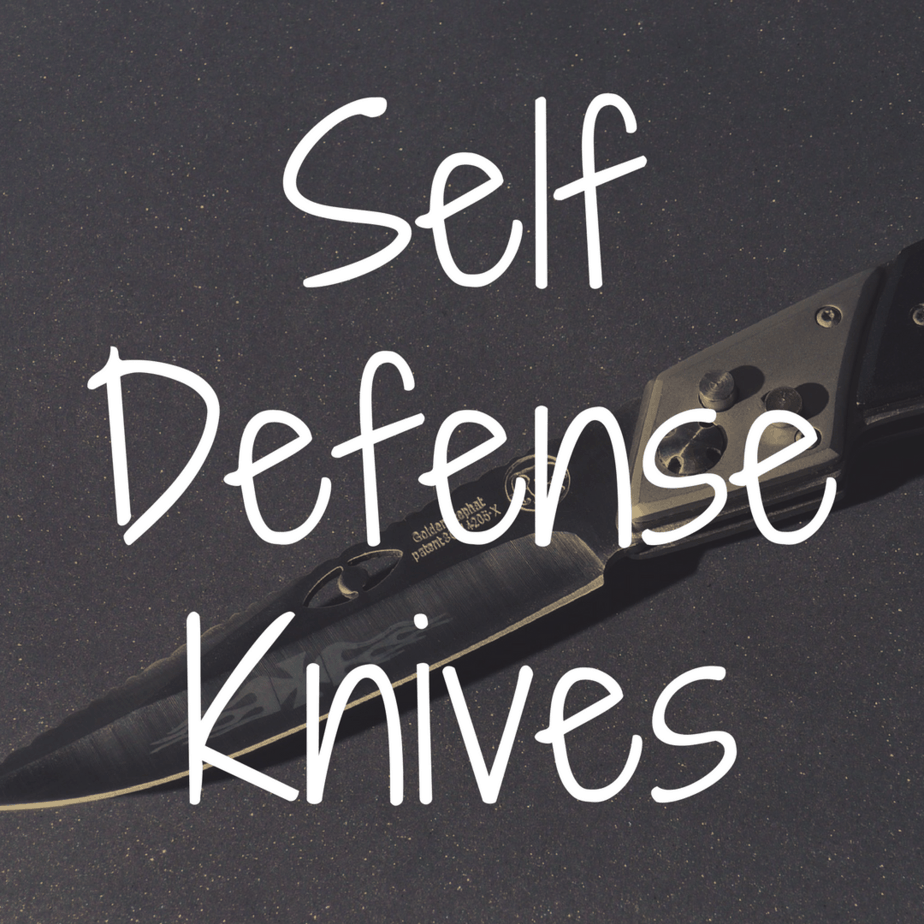 What Are the Best Self Defense Knives? 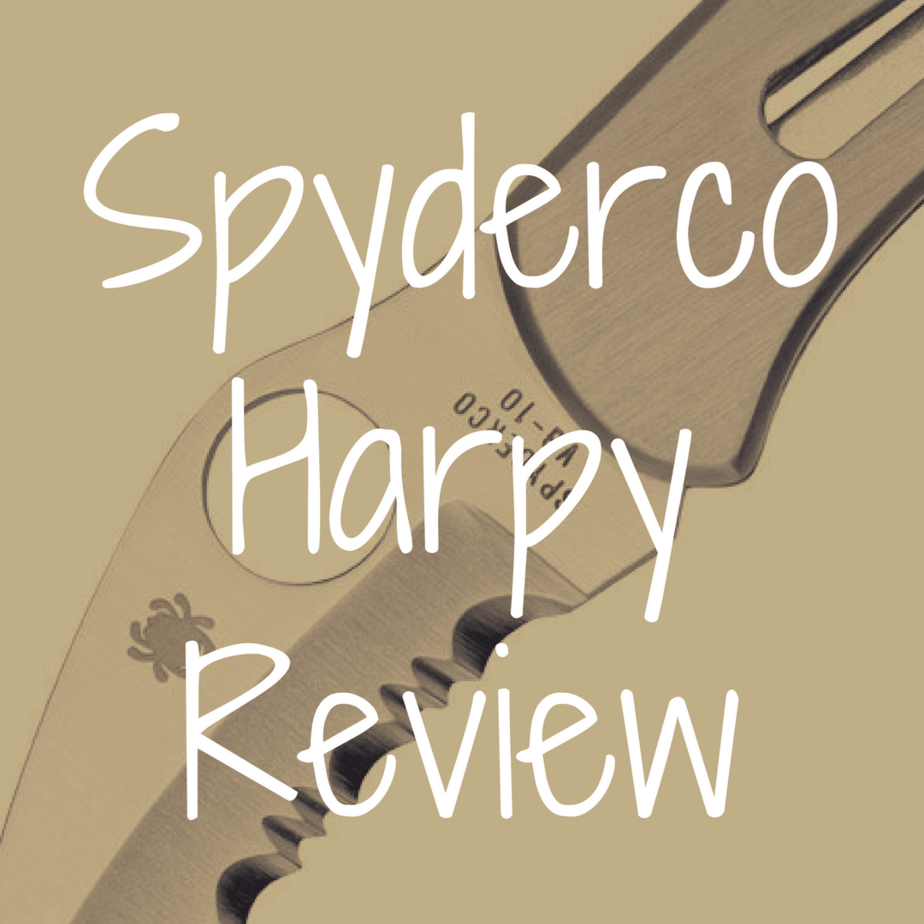