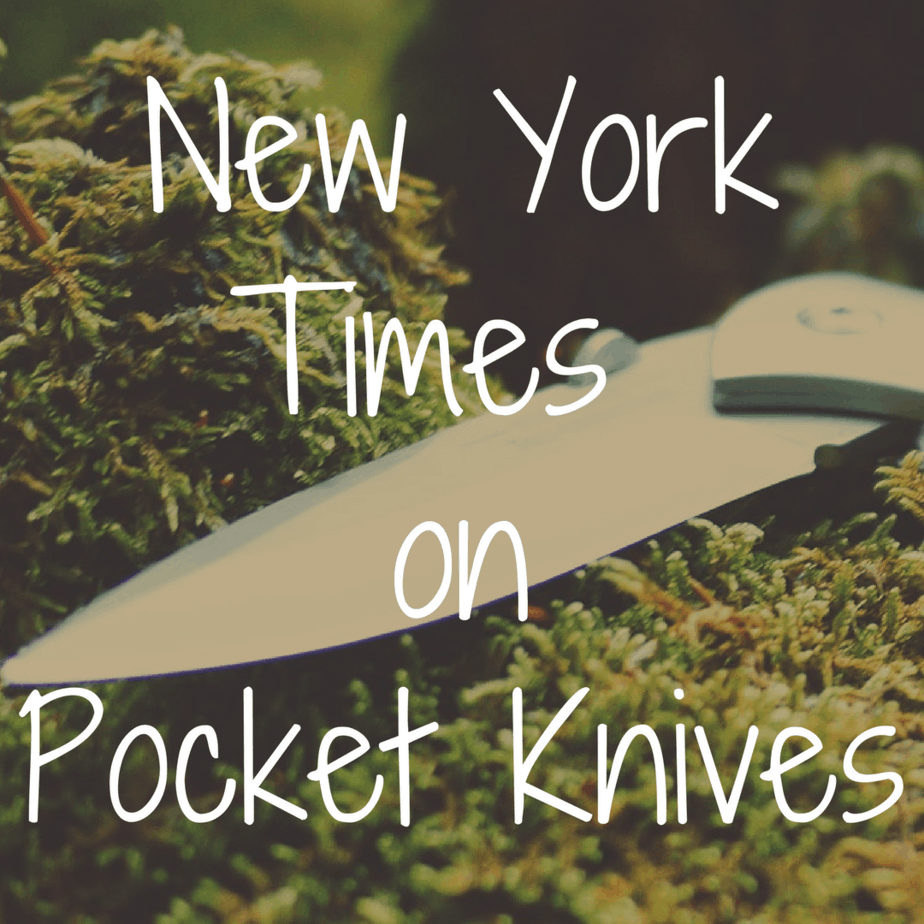 We wanted to briefly take some time out to discuss a short but interesting news article that appeared in the New York Times last summer, but one that you may have missed.

In an article entitled “It’s a Jungle Out There? Carry a Pocketknife,” New York Times writer Steven Kurutz did a piece on the growing popularity of pocket knives among the everyday public (and yes, the hipster crows).

In the article, Bernard Capulong (the co-founder and editor-in-chief of Everyday Carry) claimed that there’s an air of “masculinity and machismo” in carrying a pocket knife, and that a huge benefit to having one on your person is that when an emergency situation occurs, you’re not “helpless.”

In fact, the article also brings up Wes Siler, a blogger for Indefinitely Wild.  In the article, Siler said his use of a pocket knife actually helped rescue a man that had been in a car crash.

“I used the pocketknife to smash the window and cut the seatbelt and pull him out,” Siler is quoted as saying in the Times piece.

The Times piece of course comes at a time when, almost daily, we are inundated with news stories of people either being arrested or attacked by those who carry a pocket knife.  It’s an ever-present reminder that while these small, handy tools can be used to help accomplish a task or save a life, they can of course inflict harm on others if in the hands of a irresponsible person.

Therefore, always be responsible.  And always be aware of local laws, as pocket knives are limited to certain lengths in some areas, and downright illegal in certain regions.  Once again, always be smart and know the local laws before you carry a knife on your person.

If you enjoyed this article, please bookmark Reliable Knife and join our Facebook page, as well!