In this article, we’re going to review the Spyderco Bug to see if this little pocket knife is worth your money and time. We’ll take a look at the blade and its ergonomics, and we’ll see how well its lock, carry, and blade steel stack up against the Ladybug, Honeybee, Manbug, and even the Spyderco Delica.

Below, be sure to use our table to easily compare the Spyderco Bug to several other knives that are similar in size, shape, and price:

There is a lot to be said in defense of the keychain pocket knife. Although we knife knuts tend to walk around with full-sized knives clipped to our pockets, sometimes a particular situation calls for something discrete. Nobody is going to be impressed when you break out your Espada to open up your handwritten letter from grandma, and no one wants to deal with accidentally leaving their trusty blade at home.  So whatever the situation, having a little backup blade attached to your keys is very handy.

Now, let’s say you’ve decided that you want a keychain knife, but, because you are a knife knut, you can’t just go up to the gas station and fish out a Jarbenza. You need something made for avid knife users.

In this case, I would recommend taking a look at the Spyderco Bug. It is super small, well-designed, and just about the cheapest Spyderco you can buy. There are options that, as far as knives go, are better, and I’ll talk about them below, but they also cost significantly more money.

For what you pay, the Spyderco Bug is a great keychain knife.

The Bug was released in 2009, along with its bigger brother, the Honeybee, and its biggest brother, the Grasshopper. These knives, called the Bug Set, were designed to be handy little backup knives, and as such lack many of the features of a full-sized Spyderco: no clip, no lock, and, despite featuring a Spyder Hole, their size and the tightness of the backspring pretty much necessitate two-hand opening.

This is pure speculation, but I view the Bug Set to be part of a larger effort of Spyderco to appeal to people with different needs and budgets than the average knife enthusiast. These were released around the same time as the Tenacious, a much-lauded knife that offered a lot of the Spyderco charm at a lower price than something like the Delica.

And just as the Tenacious was clearly meant to be a cheaper Spyderco Delica 4, the Bug Set knives were meant to be cheaper versions of the Ladybug, Spyderco’s flagship keychain knife. Again, this is all speculation, but it should give you an idea at least of where the Bug fits in to Spyderco’s voluminous catalogue.

The Bug, at best, is a two-finger knife. I am normally opposed to any sort of finger grooves or scalloping, but on the Bug I find it helpful for indexing my fingers and, because you would never use this knife for extended cutting tasks, no hotspots are going to develop.

The Ladybug and Manbug, as well as the Honeybee, have virtually identical handle designs, although the Spyderco Manbug and Spyderco Ladybug accommodate three fingers better than the Bug or Honeybee. The Bug series, being stainless steel knives, are very slick in the hand, whereas the Ladybug and Manbug are made of grippier FRN. The Grasshopper, which is actually larger than the Ladybug or Manbug, has the best grip of the bunch, but it is also almost too big for a keychain knife.

All three knives in the Bug Set have full flat-ground, Paramilitary 2ish blades. They cut quite well for their size. The Bug, because it is so small, can’t do much in the way of slicing, but if you graduate up to the Grasshopper, you can actually get a little food prep or whittling done.

Most versions of the Ladybug are hollow ground. Hollow grinds have much merit, but I tend to find them more effective in larger blades; in a knife this size a full flat grind is what I want to see, and so I prefer the Bug and its brothers. The Manbug, however, always comes with a full flat grind and, being larger than the Bug, slices better.

We can be a little lenient with the steel on the Bug, because, although it isn’t great, for the type of tasks we’d use it for—opening letters, cutting threads, etc.—it works just fine. The steel is 3Cr13MoV. This is a less-robust formulation of the 8Cr13MoV. Both steels get a lot of flak for being soft, dulling quickly, and being more susceptible to rust than other budget steels.

3Cr is definitely soft, but again, in this particular application I don’t think that’s an issue. In fact, the softness is great because it means that the blade will sharpen quickly—and I mean quickly, like a couple of minutes on the stones, if you aren’t trying to get an unnecessarily-sharp edge on it. And while it would dull quickly if you were using it all day, every day, as a backup knife you should be able to go months between sharpenings. As for the rust resistance, I actually find it adequate. The finish on the Bug seems pretty resistant to rust, and again, for what you pay you can’t expect much more than decent.

The Ladybug and Manbug both offer much better steels. In the standard models they come in VG-10, but, as is often the case with Spyderco, they are offered in a variety of interesting steels, including:

Even the models that aren’t currently available are still findable on the secondary market, but you are going to be paying $40-50 minimum for the regular models, and much more for the discontinued ones: five times as much as a Bug costs.

The Bug is so small you won’t notice it until you need it. If, like me, you carry all your keys on a single keyring, the Bug can be slotted in and forgotten about. It is clipless, but in this case that’s what we want: you don’t want to have such a small knife clipped to your pocket, because that’s where your actual EDC is going to go, and a clip would just bulk up what is a very slim, small, sleek little knife.

This imperceptibility is the Bug’s biggest advantage over its larger counterparts. Although nobody would call any of them inconvenient to carry, I personally find that the larger size of the Honeybee, Manbug or Ladybug makes my keyring feel much bulkier—and the even bigger Grasshopper, frankly, is out of the question.

The Bug, Honeybee, and Grasshopper are all slipjoints: no locks, just a strong backspring keeping them open or closed. Although I’m not opposed to carrying and using a slipjoint as my primary EDC, some people are. However, again, in role, the fact that the Bug is lockless is an advantage. You can take it out, use it, and put it away without having to fumble with a little tiny lockback or anything. It just makes using the Bug the seamless, thoughtless experience that you should expect from a keychain backup knife.

If you insist on a lock, both the Manbug and the Ladybug have a small, perfectly functional lockback.

The Bug is utterly charming. There’s just something pleasing about seeing those unmistakable Spyderco lines in miniature. But beyond that first impression, it proves itself to be an excellent, no-fuss keychain knife. Nobody is telling you to make the Bug the only knife in your EDC, but if you want a backup that’s basically invisible, you’d be hard-pressed to do any better.

The Honeybee is a nice choice, but I find that the smaller size of the Bug just makes for better carry. The Manbug or Ladybug are superfine knives (particularly if you insist on a better steel than 3Cr13MoV), but again they are larger, and to me $40-50 seems like a lot of money for a knife that I’m only going to use for the smallest jobs.

In short, you can’t go wrong with any of these tiny blades, but there is no better introduction to quality keychain knives than the Bug. 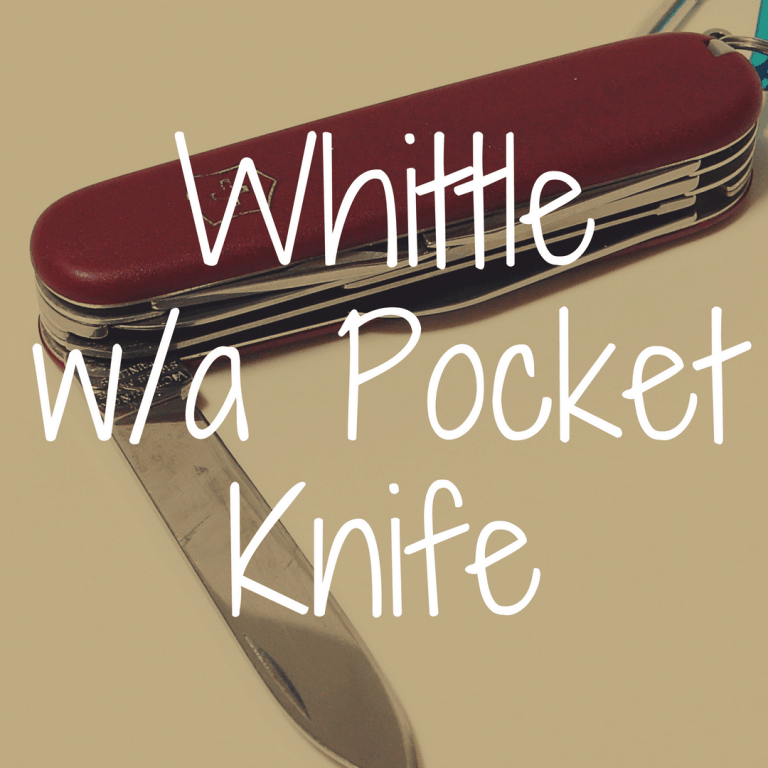 Has modern life got you feeling dystopic and groundless lately?  Are anxiety and stress gnawing at you?  I’ve got a cure for you that won’t find at the pharmacy.  Dig out that old pocket knife, sharpen the blade a bit, find or buy a little piece of dry soft pine, turn off your phone, sit… 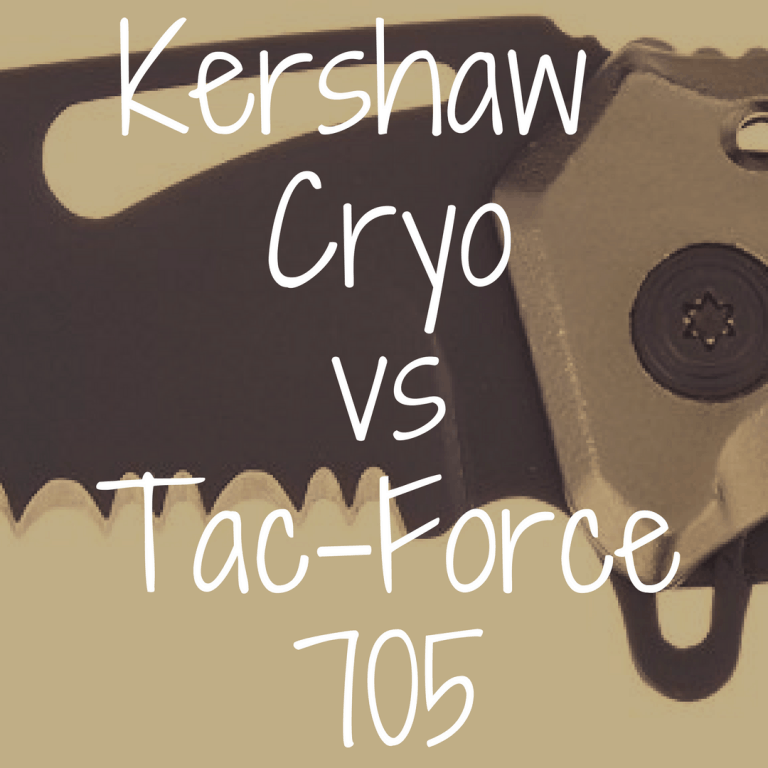 Assisted-opening (a/o) knives are at the height of their popularity these days.  There are a/o knives available at every price point, from incredibly cheap to virtually luxurious.  There are so many a/o knives out there, in fact, that it can be difficult to learn a way to discern what makes a good a/o knife, and… 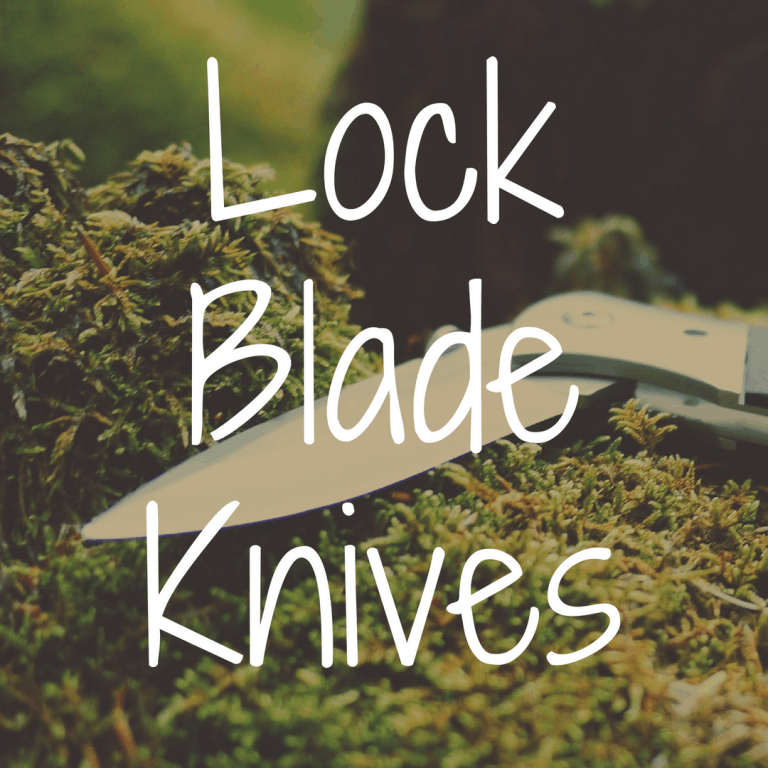 The lock blade. Simple. Safe. Reliable. There is a reason this knife has become the cornerstone of the everyday carry movement. Selecting the right lock blade knife is the foundation on which you build your everyday carry collection. But how do you make that selection? This article will explore exactly that, as we dive deep… 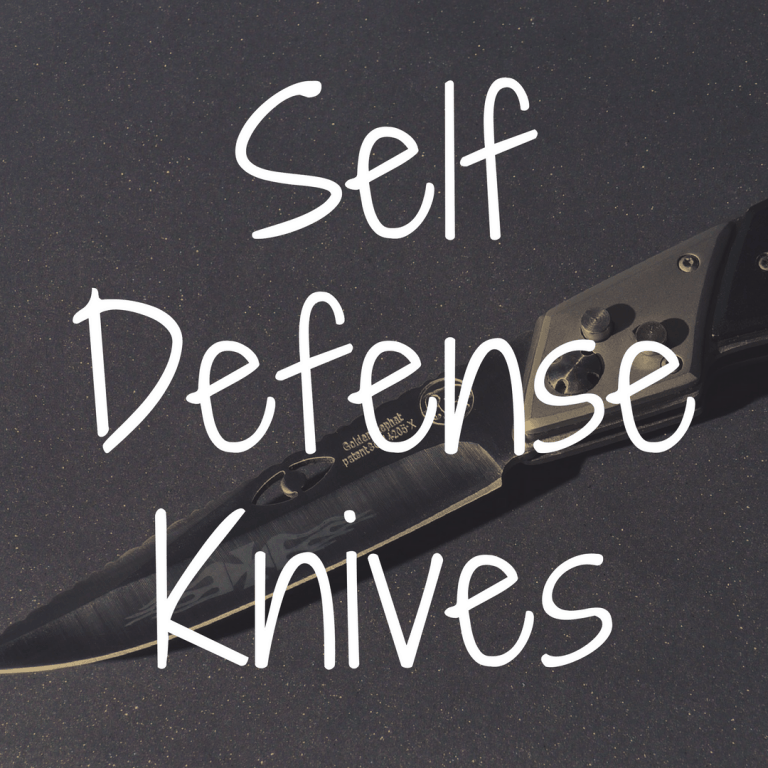 The idea of the perfect self-defense knife is as individual as the people who carry them. Whether it is a “just in case” knife or if there are threats around you, a self defense knife can come in very handy and allow you to protect yourself from harm. These are not to be used as… 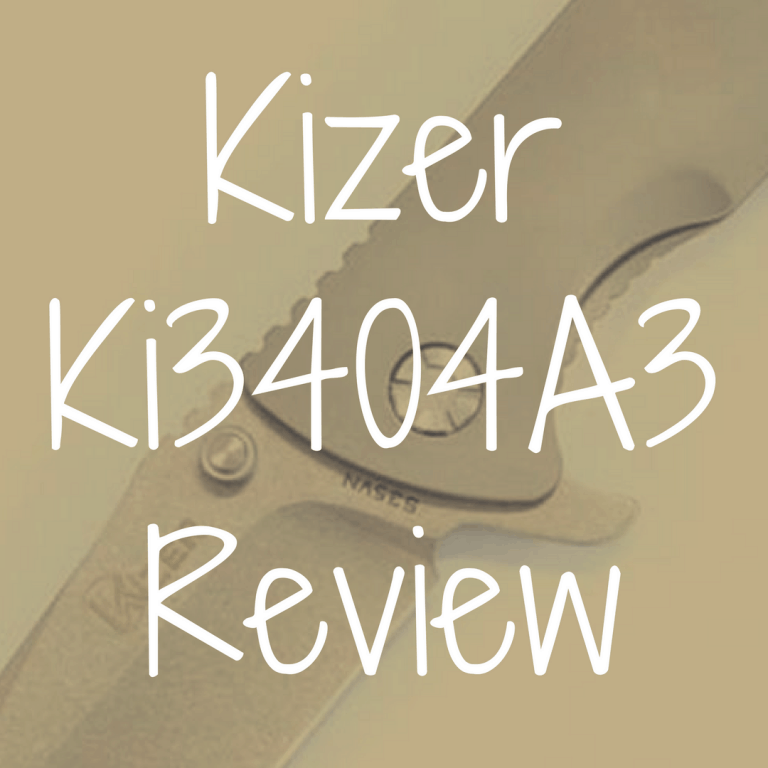 In this article, we’re going to review the Kizer Ki3404A3 knife. We’ll also compare its blade steel, grip, handle, and overall effectiveness to the Spyderco Delica 4. Kizer’s catalogue is full of beautiful knives, but the 3404A3 is, in my opinion, the best knife in their current lineup. It offers wonderful fit and finish, great… 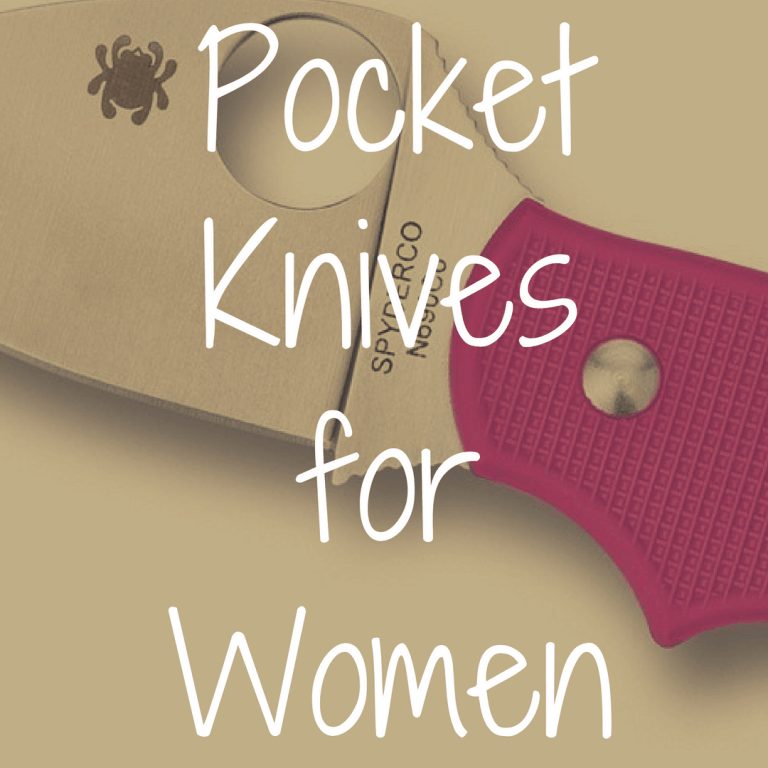 The knife knut scene is, like many hobbyist cultures, predominately male. Most users, collectors, and even makers, are men. This is a shame, not only because it means that knife culture lacks diversity, but also because it seems to imply, by the homogeneity of its user base, that only certain types of people need or…