In the world of kitchen cutlery, the humble kitchen utility knife gets a bad rap.  It tends to fall in the shadows of its two closest relatives, the paring knife and the chef’s knife.  For delicate tasks the paring knife is smaller, nimbler, more maneuverable.  For big stuff, the Chef knife’s larger, broader blade is simply better.  And, truth be told, there aren’t many tasks the utility knife can do that one of those other knives can’t.

Even so, I think there’s a place for the utility knife.  I think its uses may be more limited than its name would suggest, but for mid-sized tasks that need both a bit of delicacy and a bit of muscle – tasks like cutting up vegetables, preparing chickens, etc. – it works wonders.  The utility knife has been accused of being ‘block fodder,’ occupying space in a knife block so companies can charge more for a set, but the truth is that there is a distinct role for this in-betweener.

And before we move into the meat of our article, please take a moment to check out the interactive table below to compare some of the better kitchen knives available on the market today:

The Ideal Utility Knife for the Kitchen

Part of understanding this is knowing what exactly a utility knife is.  There are a lot of different definitions, but I’ve compiled five traits that I think all good kitchen utility knives share:

Below, please take a moment to view some of the best-selling chef’s knives currently for sale on Amazon:

I’ve chosen five knives that exemplify these traits.  All five are winners, and (I think) exonerate the kitchen utility knife from its undeserved reputation as a useless addition to a chef’s toolset.

There aren’t many ‘best of’ lists for knives that Spyderco doesn’t make an appearance on.  Their kitchen knives are decidedly less quirky than their folding knives, but, even if their utility knife doesn’t scream ‘Spyderco,’ it’s a great blade regardless.

At 6.5” it’s right around where we want our utility knife to be.  The blade shape is gently curved up into an acute point, providing both belly for slicing and an adequate tip for detail work.

The stock is thinner than your average chef’s knife, meaning that it will travel through material easier.  There’s nothing more frustrating than that ‘driving a railway spike’ feeling you get when a blade is too thick to slice gracefully; you’ll have no such frustrations with the Spyderco Kitchen Utility Knife.

The blade steel is MBS-26.  This is an interesting choice.  MBS-26 is an older Japanese stainless steel, comparable in many ways to VG-10.  This means you can expect excellent rust resistance and easy sharpening, but that the edge won’t last forever.  If I had my druthers I would prefer VG-10; I feel that it does just a little bit better in every category, but the differences aren’t so vast that I’m going to whine about it.  The Spyderco Utility Kitchen Knife costs $25.

The Shun Classic looks the part of an excellent knife: the Pakkawood handle, the faux damascus blade; this is one gorgeous-looking piece of cutlery.  And, like all of the other knives on this list, it happens to be one heck of a workhorse.

This is a narrower blade than the Spyderco, with a more centered tip.  It’s also half an inch shorter, but still an excellent size for a utility knife.  And whereas the Spyderco had a very modern-looking handle, with a palm swell and texturing all over the place, the Shun Classic has a very traditional, conical handle.  It works equally, if differently, well in hand, albeit slightly less grippy; if you’re careful (as you always should be with cutting tools) it shouldn’t be a problem.

The steel on the Shun Classic is VG-10, a very common choice for a japanese kitchen knife – and rightly so: VG-10 is stain-resistant and easy to sharpen, two highly desirable traits for a blade that’s going to be used in the kitchen.  As I said above, I think MBS-26 is fine, but VG-10 is a definite upgrade – and here on the Shun, with its faux-damascus cladding, it looks the part too.

The Shun Classic is a bit more expensive.  It costs $91 but its good looks and indisputable performance make it a, well, classic utility knife.

Don’t be fooled by the name!  The Victorinox Classic is indeed a kitchen utility knife, a beloved staple in the category.

With the Classic, we’re back into the more modern stylings of the Spyderco: durable Fibrox handles, and a less stylized blade shape.  Whereas the Spyderco had a more abrupt transition from belly to tip, and the Shun a more streamlined profile, the Classic is almost all belly; the blade is basically one continuous curve, giving the Classic exceptional slicing ability.

The steel is Victorinox’s proprietary, somewhat secret steel.  Its exact name and composition may be a mystery, but its quality is not: this is about as stainless as stainless steels get, and easy to sharpen too.  It won’t stay razor sharp forever, but given the sort of tasks utility knives are used for, none really do.

It comes in a variety of sizes, but I think that the 5” model is the one to look at: it’s so lightweight that it almost drives like a paring knife, despite the bigger blade.  There are also serrated models available if you prefer, although most people would probably want the plain edge model.  Either one can be had for right around $25.

It seems like every utility knife is called a ‘classic,’ doesn’t it?  Well, the J.A. Henckels Classic 6” Utility Knife, like the Victorinox and the Shun, deserves the name.

This is a very basic utility knife.  Its blade is 6”, and very symmetrical – at a glance it almost looks like a spear point blade like you might see on a folding knife.  What this means is it’s a very ‘task-neutral’ knife; a blade that can perform a wide variety of tasks with equal ease, providing that user skill is present.

Some blade shapes do some of the work for you; this is a good and a bad thing, because it means they’re less flexible.  That isn’t the case with the Henckels Classic, which I think is its primary charm.

The steel is, well, hard to say.  As with a lot of mid-range cutlery providers (such as Victorinox), Henckels is less than forthcoming with which steel it uses for its blades.  But this isn’t because it’s bad; the kitchen cutlery world is just a little different than that of pocket cutlery.  In use, the Henckels’s steel will be analogous to the Victorinox’s, albeit slightly harder to sharpen, slightly less rust resistant, and with slightly better edge retention.

The Henckels Classic is $40, and a great utility knife that emphasizes the wide range of tasks this blade style can peform.

Okay, so we’ve kept the price pretty reasonable up until this point, but I wanted to include one very high-end option just to show what kind of performance you can get out of a utility knife if price is no object.  Thus, I present to you the Miyabi Birchwood Utility Knife.

Obviously, this is a gorgeous knife.  The birchwood handle is in the style of the Shun, with a traditional conical shape.  It’s a little thinner in the hand, but that just makes it feel livelier during cutting tasks – tasks that are trivialized by the amazing choice of steel here: SG2.

This is a super high-performance steel.  It is very hard, so the edge bevel can be acute, meaning that this blade will move through vegetables and meat with grace and ease, and do so for a long, long time.  The blade is 5” long, with a thinner overall profile and a much more aggressive tip compared to the other knives on this list, to wring every last bit of performance out of the SG2.

Unlike other freaky steels like ZDP-189, SG2 is actually not difficult to sharpen – or, at least, not as difficult to sharpen; it’s still going to put up a considerable fight compared to something like MBS-26 or the Victorinox stainless.  It’s not impossible though, and the edge retention means that you’re not going to have to sharpen it all that often.  Oh, and the SG2 core is clad in faux Damascus, so it looks gorgeous as well.

The Miyabi isn’t the reasonable option, but it marries looks and performance in a way that only high-end Japanese cutlery can.  It is one heck of a utility knife.  If you have the $240 laying around to pick one up, I recommend you do so.

The care and attention that went into the design of each of these excellent blades shows that the kitchen utility knife is wrongly disparaged.  It is an essential tool in any chef’s knife roll.  It can’t do everything, but what it can do, it does better than any other knife would.  If you need to be convinced of that fact, all you need to do is take any one of these five knives into your own kitchen and see for yourself.

Reliable Knife provides readers with blade reviews and comparisons.  Be sure to “like us” on Facebook too! 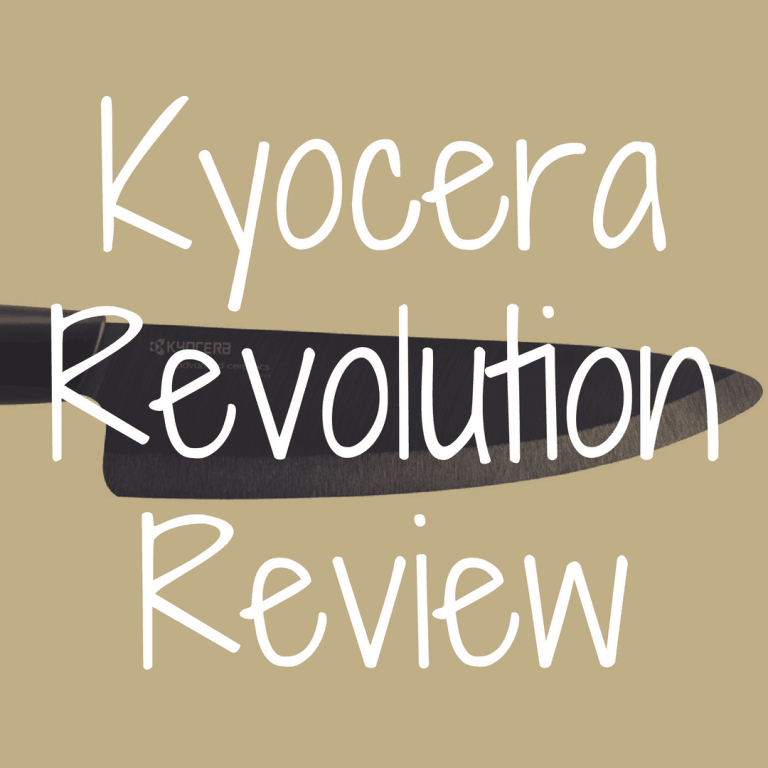 The Kyocera Revolution series’ 7-inch professional chef’s knife is a knife that is designed to be used on a daily basis and has a razor sharp edge, which will not dull easily despite a steady workload. It handles boneless meats, fruits, herbs, and vegetables without question and the lack of a porous surface allows for… 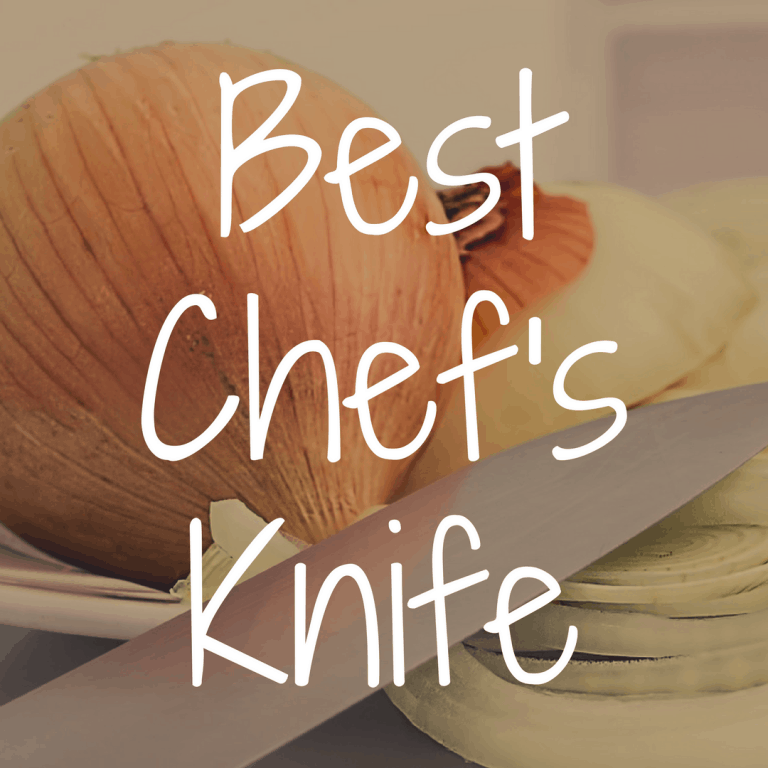 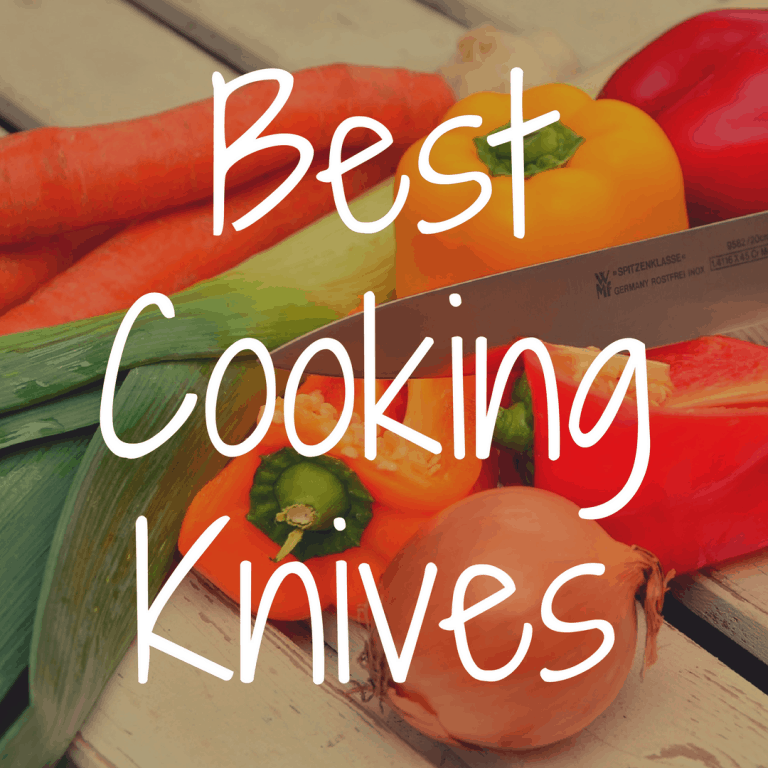 With department stores, kitchen stores and even hardware stores selling a variety of knives, all claiming to be sharp and of impeccable quality, it can be confusing and overwhelming to look for a great new set of cooking knives. In fact, the decision between buying a set of cooking knives or just purchasing one or…

We are going to discuss the Wusthof Classic Ikon Cook’s knife, as we review everything from the blade’s size and strength, to its many uses, pros and cons, and even see how it stacks up to some of the competition. Wusthof is a German knife company that has been around since 1814 in Solingen, Germany…. 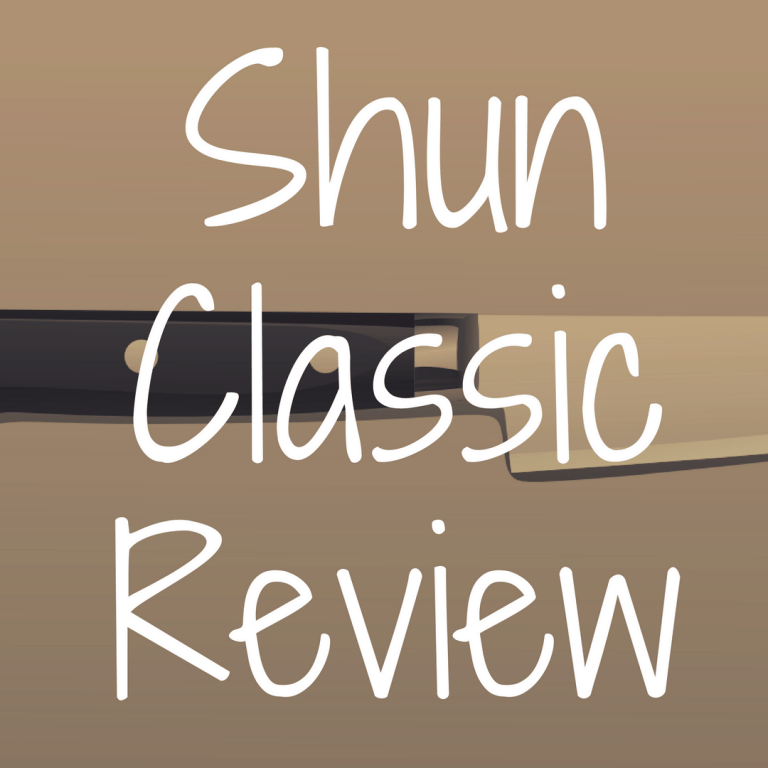 No country has as rich and evocative a bladecraft history as Japan.  The legend surrounding Japan’s cutlery has such cachet within the knife-using community that it influences companies as diverse as Al Mar, Spyderco, Cold Steel, and more in their designs, steel choice, and craftsmanship. The infatuation with Japanese cutlery isn’t limited to makers of…