Funnily enough, finding a good fillet knife requires a lot of the same skills that fishing itself does: patience, understanding, and perseverance.  And, also like fishing (ideally, at least), the end result is worth the effort: if you treat it well, a good fillet knife is a tool that can serve you well for a long time.

But what makes a good fillet knife?  Well, as with many things, there is a great deal of personal preference in the matter, but I think that there are a handful of traits that are shared by all the best fillet knives:

I’m going to discuss five knives that I think really embody these characteristics.  It’s hard to say that any one is better than the other; rather, this list is meant to present five great fillet knives, either as purchase recommendations or as a starting place for figuring out what you want most in your knife, whichever one it may ultimately end up being.

Quick disclaimer: I have refrained from including any folding fillet knives on this list.  There are some excellent ones out there – in particular the now-discontinued Spyderco Catcherman -– but ultimately I feel that a fillet knife should be a fixed blade: the nature of filleting requires a longer blade than I typically want to carry in a folding package, and maintenance is much easier without the additional mechanical complexity that a folding fillet knife entails.

Below, please take a look at some of the best fillet knives currently available on today’s market:

Morakniv is a knifemaker out of Sweden with a proven reputation for quality, affordable fixed blade knives.  Their Fillet 155 is a good example of how they earned that reputation.  This is a simple, no-nonsense fillet knife, with all of the features I look for.  The handle is sizeable, larger than you typically see on a fillet knife, making it very comfortable in hand.  The blade, at just over 6”, isn’t the largest on this list, but adequate for most work, and flexible without feeling weak.

The 12C27N stainless steel blade is a nice change from the carbon steels you’ll often see on these kind of knives.  It never made sense to me, given the tasks they are used for, to make fillet knives in carbon steel, which will discolor and rust easily, and I’m glad to see Mora opted for their standard, adequate stainless steel.  If this is the first higher-quality fillet knife you use, you’ll be surprised at how long the edge will last.  And speaking of that edge, your fingers will be kept safely away from it by the adequate finger guard.

All in all, the Morakniv Fishing Comfort Fillet 155 is a well-rounded, appealing, and affordable (at $30) package.

Below, please take a look at some of our favorite fillet knives on the market today:

Don’t let the dumb name fool you: this is a legitimately great filleting knife.  Rapala might need a new marketing director, but as a company it probably needs no introduction amongst fishermen, so suffice it to say that they know how to put together a filleting blade.

The Fish’n Fillet is a very standard design, similar to the 155 but with a wooden handle (although you can get synthetic models as well).  It also has a stubbier, although still functional, finger guard, and comes with both a leather sheath and a pocket sharpener.

The Rapala also has the advantage of coming in three different sizes: you can get a 4”, 6”, or 7” version of the knife, depending on your preferences. I prefer larger fillet blades to smaller ones, but some people like a shorter fillet knife, either because they find it easier to work with or because they need something that can fit into a smaller tackle box.  Whatever the reason, options are always a good thing, so Rapala should be commended on that front.

The addition of the sharpener is not to be underestimated.  It takes just a few minutes to put a usable edge back on your knife, and it’s very small and unobtrusive.  Nothing’s worse than realizing you forgot to sharpen your knives, and this pocket sharpener, although obviously not as good as dedicated, full-size knife sharpening equipment, will keep your Fish’n Fillet working in a pinch.  And, best of all, you get all of this for only $20 — a really great value.

Kershaw’s no-frills offering impresses with its simplicity, and really goes to show how all five of the criteria I listed above can be met with simple, humble materials.  The polymer handle is comfortable and grippy.  The handle reflects their experience with other types of cutlery: the palm swell and general shape of the handle are very much the sorts of things you see on folding knives.  There is also a very pronounced finger guard – never a bad thing.

The 7” blade is made of 420J2, a very stain-resistant steel often used in liners on folding knives.  A sharpener is not included with the Kershaw, but 420J2 will sharpen up very easily – easier than most other stainless blade steels, in fact.

That being said, it will also dull quicker than the Swedish steels of the Rapala and the Mora.  As always, it’s a give and take with steel, but a lot of people will appreciate the ease with which 420J2 can be maintained.

The blade on the Kershaw is narrower and more flexible than either the Rapala or the Mora; I think that there are arguments to be made for both styles of fillet knife, but as a person of the “more flex” school, the Kershaw excels.

The Kershaw Fillet Knife costs only $15, sheath included.  If you prefer thinner, more flexible blades, you’ll be more than pleasantly surprised at what you get for your money.

Most folks associate Victorinox with their Swiss army knives, but the cutlery company also makes very high quality fixed blade kitchen cutlery; this fine fillet knife is one such tool.

Surprisingly, the fillet knife category is competitive when it comes to ergonomics; evidently, years of using a particular tool gives people a pretty good idea of what works and what doesn’t.

Thus, with the Victorinox, we have a handle that, in its general shape, echoes the ones we’ve already seen on the previous knives on this list.  The finger guard is more pronounced than the Rapala, but less than the Kershaw — still just fine, however.

More than fine is the steel choice.  It is the same steel that all of Victorionox’s blades are made from, but that steel is quite excellent: it’s almost rust-proof, sharpens easily, and can hold an edge for a while.  The blade shape is a little different, broader than the others with a rounder tip; not worse, just different, and, for $30, worth a shot if you think it might work for you.

Dexter-Russell is a common name in the kitchen cutlery industry.  They make knives for kitchen use and knives for the outdoors.  Word on the street is that their knives are often found on charter boats and, once you use one, it’s easy to see why: they’re affordable, durable, and useful.

The talking points start with the handle.  Contoured like the Kershaw, but thicker, and made of a polypropylene core surrounded with Santoprene, a soft, rubber-like material, it is probably the most comfortable handle on the list.  The finger guard is more gradual than the Kershaw or the Mora, much closer to the Victorinox, but functional.  Unless you’re looking for extras like a lanyard hole, this is about as good as fillet knife ergos get.

The blade is a good all-arounder: at 6” neither too big nor too small, with a good, drop pointish shape that is tough yet still flexible; I would consider this a medium flex blade.  It is made of Dexsteel, a proprietary stainless steel that is more or less comparable to the other steels on this list in terms of performance; I would say that it’s tougher than 420J, but less easy to sharpen, and probably theoretically less stain-resistant than Victorinox’s steel, but in practice it wouldn’t be something you’d notice.

Dexter-Russell’s reputation for good, no-nonsense cutlery shines on this simple, effective tool.  The Dester-Russell V-Lo is worth every penny of its $25 asking cost.

For as simple of a tool as it is – really only designed to do one thing – there are a lot of very different, useful fillet knives in the world, from $5 throwaways at big box stores to the very expensive, handmade customs with exotic steels and handle materials.

As with any tool, there are enthusiasts who insist on only the very best, and layman who use one every day for years without ever giving it a second thought until it breaks or they lose it.

If you find yourself between these two extremes, looking to increase your understanding of the tools you use and what makes them work, these five fillet knives are some of the best, and a good place to deepen your education.

If you enjoyed this article, please bookmark Reliable Knife and join our new Facebook page. 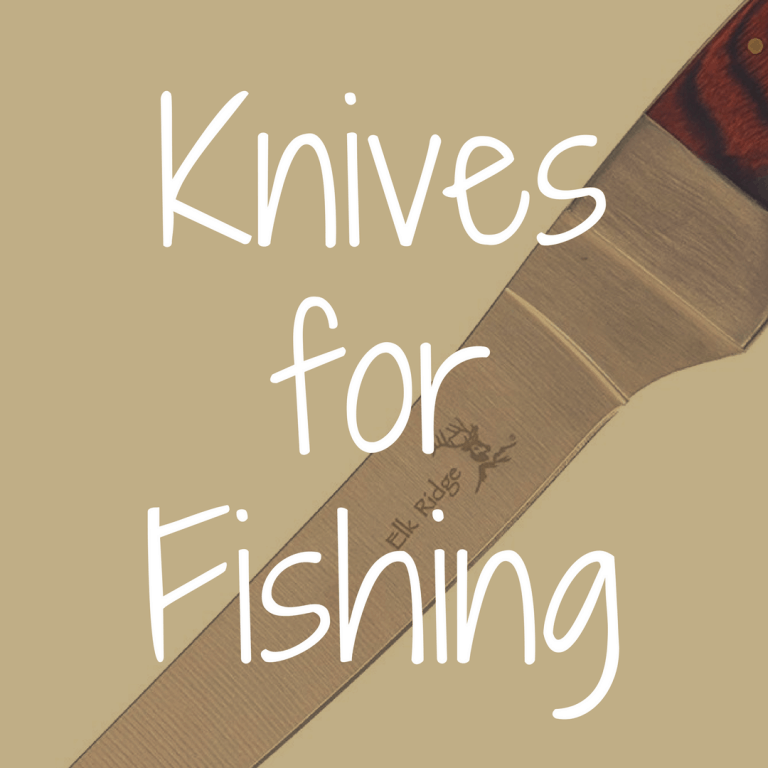 We all love a day spent with a rod and reel. However, when your flies are taking up occupancy in every tree branch within a quarter mile, your lures are hooking your earlobes (or worse, your cheek), or your line is tangled in one of the guides on your surfcasting pole, that relaxation you so…