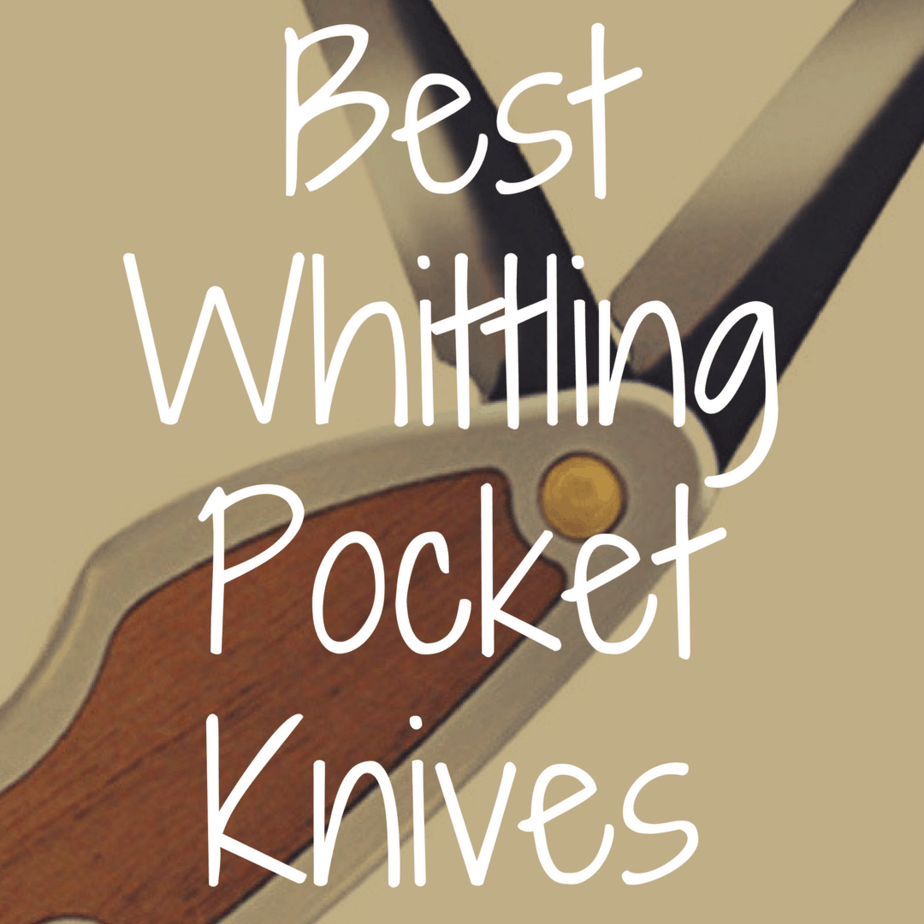 Whittling is a time-honored pastime. Since the advent of the Internet, this hobby has seen a resurgence in popularity, as enthusiasts across the globe are able to find each other and communicate instantly about their projects and ideas.

Whittling culture has never been richer. If you are interested, there has never been a better time to pick up a knife and try your hand at whittling. But of course, once you have decided you want to whittle, the question then becomes, “What knife should I use?” Certainly a quick search online will generate a bewildering amount of options.

There are tools specifically dedicated to whittling, whole sets of differently-shaped, corner-case blades and chisels for the interested journeyman; but many folks are looking for a pocket knife that can whittle, as opposed to something designed only for whittling. Even having made this distinction, there are still thousands and thousands of options to choose from. This article aims to highlight a few of the best pocket knives for whittling.

Below, take a look at the table below to compare a variety of popular whittling knives against one another:

Characteristics of a Whittling Knife

Like any topic about which people are passionate, there is nothing approaching a consensus as to what is the “ideal” whittling knife. That being said, there are a few generally agreed-upon characteristics to look for in your new pocket knife:

These traits will ensure that the knife you choose will be something you can use to learn the hobby if you are new, or enhance your enjoyment of it if you’re an old hand. There are many knives that possess these characteristics, of course, but I’ve chosen three that I think are particularly well-suited to whittling, and listed them below.

And now, below, let’s dive into some great whittling knives for you to strongly consider:


The Case Seahorse Whittler is, as the name would imply, a great knife for whittling. Why? Well, for starters, you get three blades here and they are perfectly chosen.

The main blade is a stout Wharncliffe. This is the blade that you’ll use to take out large chunks of material quickly, with powerful push cuts. On the other end of the knife you have small coping and pen blades for detail work. That coping blade is particularly worth mentioning: if your main blade goes dull on you and you don’t feel like sharpening it, it can serve for similar cuts in a pinch.

The handle is a traditional whittler-style pattern: they call it a dog-leg, and it is curved so that there is a dip just behind the main blade; what this means is that when you’re using the knife hard, or over an extended period of time, you have a place to rest your thumb, not only giving you more control over your cuts (obviously important in whittling), but ensuring your hand won’t get tired as quickly.

The Case Seahorse comes in Case’s proprietary Tru-Sharp stainless steel. This is somewhat comparable to 420HC, but generally it won’t get as sharp as that particular steel. The two qualities that make it a good whittling steel are the toughness and the utility edge retention. Depending on what kind of wood you’re working with it is very possible to damage the edge of your blade if it is too brittle.

Case runs Tru-Sharp fairly soft at around 56-58HRC, which means that the blade is more likely to bend or deform (as opposed to chipping out) if you hit a knot or something, and it is much easier to reshape an edge than it is to sharpen out a chip. Now, due to that low HRC, you won’t get a real fine edge on Tru-Sharp, but it will stay in a useable whittling/utility edge for a long time. You may have to push a little harder to make the cuts you want, but because that main Wharncliffe is so short and stout, you’ll have no problem getting the leverage you need.

Case knives tend to be charmingly imperfect. Blades tend to be off-center (although this is typical of many traditional knives) and a little wiggle when open is not uncommon. But these are cosmetic issues, more or less, and Case knives still exude quality. They possess very “warm” finishes, with softened edges and a lot of character. You can find the Seahorse in a variety of different handle materials, all of them beautiful. Whichever you choose, despite the cosmetic peccadilloes, you’ll have a knife that you’ll use for the rest of your life.

The Congress pattern is so called because its four blades all fold into a single channel, as opposed to being separated from one another by liners. You get a ton of steel in a comparably small package. The Queen Cutlery Congress is a particularly excellent rendition of this pattern.

You are getting two large coping blades for push cuts and two smaller pen blades for detail work. The standard practice with pocket knives that have pairs of the same blade is to use one till it gets dull, and then switch to the second, but what I personally like to do is keep one set of the blades razor sharp for extremely fine work, and the other two at a utility edge for larger cuts and general whittling.

The spine of the Queen Congress is essentially one long curve, so that whichever side you’re using, it feels equally ergonomic and comfortable. The large, striking bolsters and the bone on the handle give this knife a very rounded-over, hand-filling shape that is simple and useful.

The Congress’s four blades are all made out of D2 steel, which is the main reason I chose the Queen Congress over iterations of the pattern from other makers. D2 is a semi-stainless European steel that, though old, is still extremely competitive; in fact, it outperformed Spyderco’s S30V in the Catra TCC tests.   It is much harder than Case’s Tru-Sharp, coming in at about 60-61HRC. The blades of the Congress, like most traditionals, are ground with a very small cutting bevel; by keeping it close instead of letting it be longer and thinner, Queen has ensured that the chippiness associated with harder steels in general, and D2 in particular, is basically a non-issue.

Queen, like Case, is an American knife company with a long, rich history. That being said, they are not perfectionists in terms of fit and finish, so if you are the kind of guy or gal that wants their knives to be absolutely pristine, you best look elsewhere. The fact is that almost all Congress-style knives, by design, have blades that brush up against one another when you are pulling them in and out, resulting in little scrapes on the sides of the blades. Queen also has the bad habit of laser etching garish brand banners across their blades, and the Congress is no exception. However, if you are choosing a knife for whittling, you are going to be putting a ton of wear on it anyway, so those banners are going to wear off, and the scrapes from blade-on-blade contact won’t be noticeable underneath a little work-wear.

The Opinel no. 7 is my choice for a single-blade knife. An emblem of French culture, it is a tried-and-tested design that has been around for over 100 years.

The standard Opinel blade shape is an elongated clip point blade. If you want a whittler with only one blade, a clip point is the way to go: you get a pointy tip for marking, some belly for deep cuts and rounding, and some straight edge for long push cuts and establishing cuts that remove a lot of material.

That clip point blade is attached to one of the most accommodating handles in all of knifedom. The Opinel’s wooden handle (itself often whittled into different shapes) is large and round. It fills the hand when you’re holding it in a hammer grip or a saber grip for push cuts, and because there is no guard you can choke up right underneath the blade for extra control. It does mean that an Opinel is a little bulkier in the pocket than the Queen or Case, but it’s not terrible, and if it really bothers you, there are smaller Opinels than the no. 7 available.

Opinel blades come in two varieties: stainless and carbon steels. Their stainless is perfectly adequate, but for whittling I think that the carbon steel models are the way to go. The XC90 carbon steel is, chemically, pretty standard fare; as any knife user will tell you, though, composition is only half of the equation: heat treat can turn a mediocre steel into a great one, or make a super steel perform poorer than it should, and the heat treat on Opinel’s XC90 is just superb.

This knife goes from dull to sharp in ten minutes, and, like most carbon steels, retains a useable edge for a very long time. It is an extremely thin-ground blade, which means that it cuts aggressively even when it is less than razor sharp. XC90 also happens to be fairly shock-resistant, so hitting a knot or whacking it into the wood isn’t going to destroy your edge beyond repair.

The Opinel pocket knife is fundamentally simple (I count five pieces), and have been made in the same place for over 100 years, so you know the quality is going to be dialed in. The best part about them, though, is that they are significantly less expensive than the other two knives we discussed, usually costing somewhere around $15.

There are two main branches of the whittling hobby: there is that more involved kind that involves the creation of objects out of wood—duck decoys, flutes, etc.—and that could almost more properly be called carving; and there is general whittling: taking a knife to a branch or a block of wood, and slowly and thoughtfully turning it into a pile a of shavings. I feel that the Seahorse and the Congress are both better for whittling projects that end in a useable object, but for the more general, “just thinking” whittling, the Opinel is sublime.

If you are new to the hobby of whittling, you will soon learn what the veterans already know: there is no “perfect” knife for whittling. You’ll find that a certain knife works great for a certain project, but not so well on the next, or that sometimes you just prefer the way such-and-such knife bites through the wood over another.

I don’t know a single whittler who uses just one knife. That’s part of the fun, of course. Whittling is not only an end unto itself, but teaches you to appreciate and use your tools in new ways. And the tools discussed in this article are ones that whittlers both new and old should consider.

For more great knife reviews, be sure to bookmark our website and return soon! 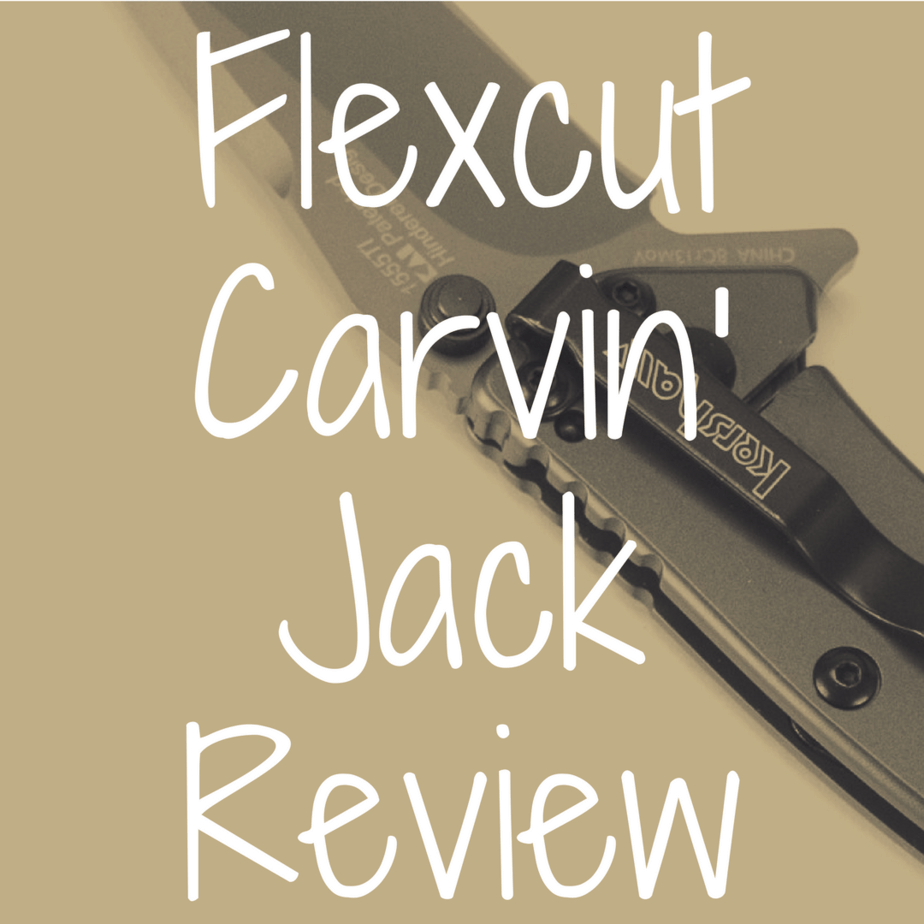 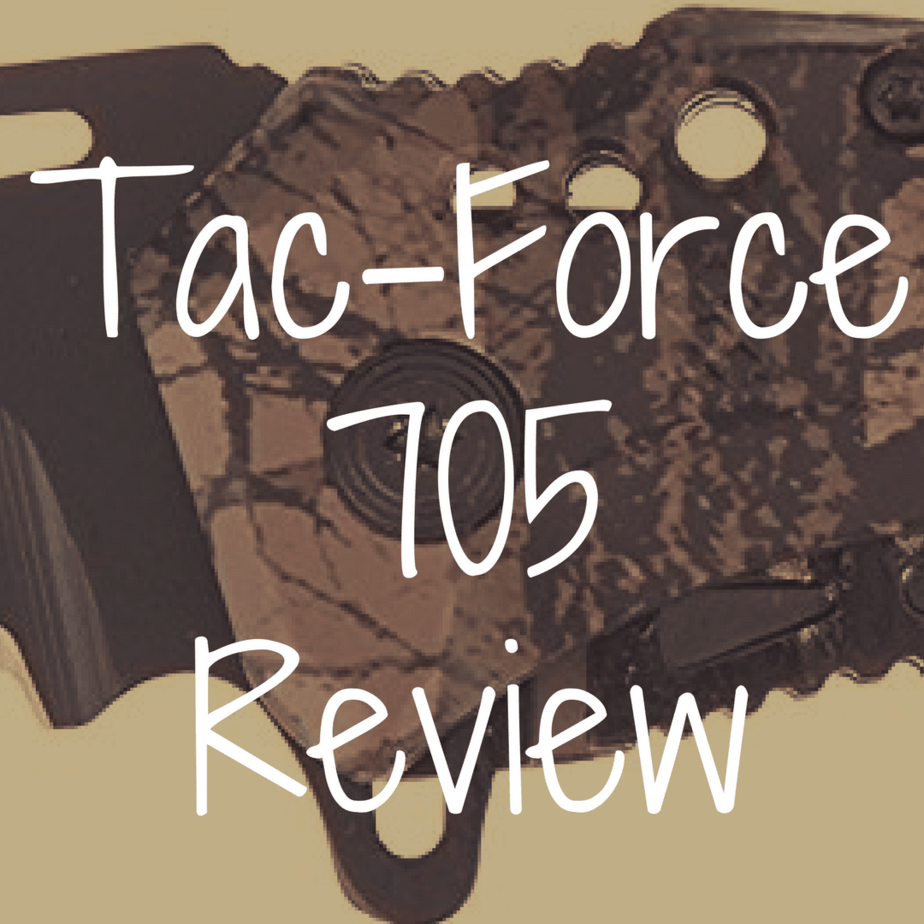 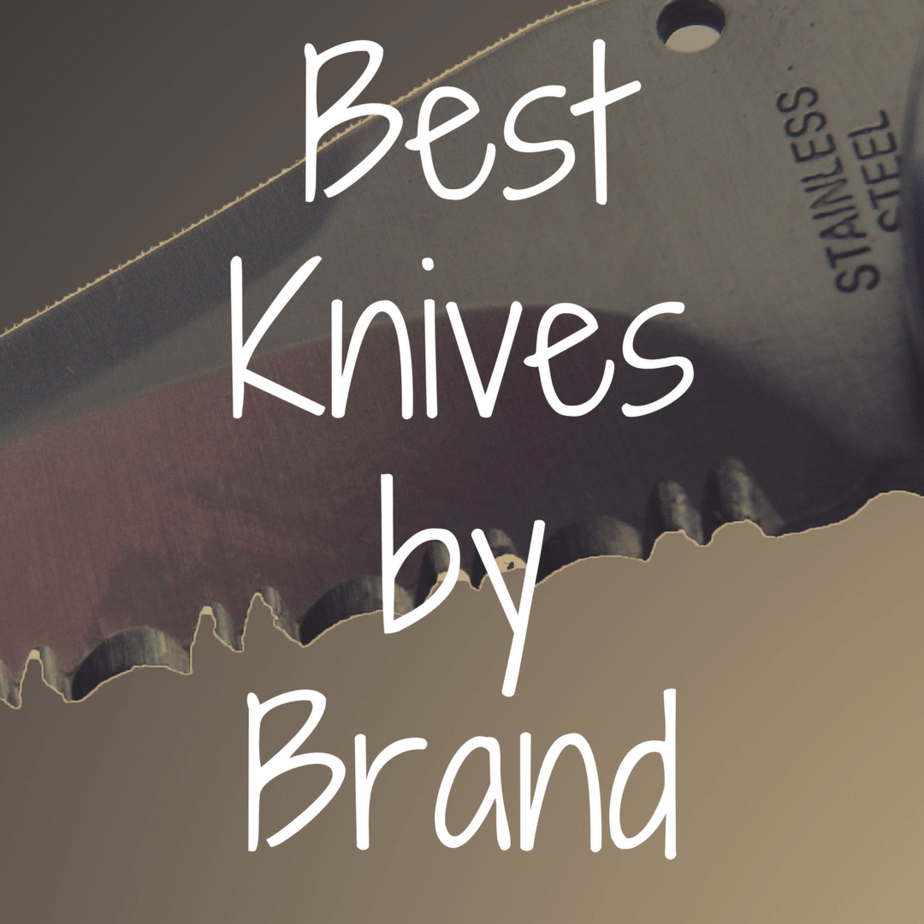 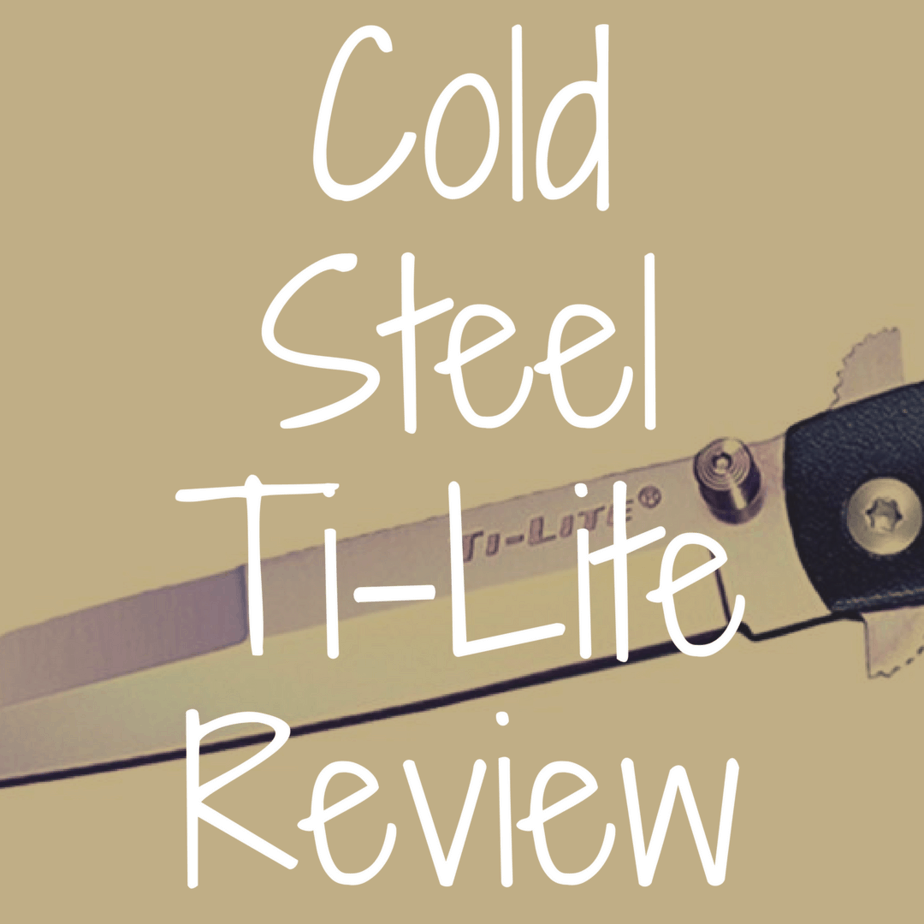